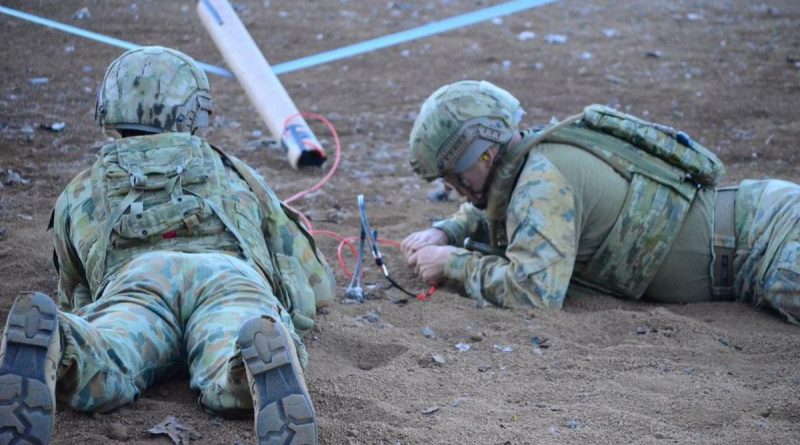 Your recent article titled “Big [unannounced] changes for brigades, regiments and battalions in NT and SA” seems to have missed the bigger picture in so far as the reorganisation was actually announced publicly in the form of the 2020 Defence Strategic Update and 2020 Force Structure Plan, released on 1 July 2020 – which outline a new strategy for Defence and the capability investments to deliver it.

The Strategic Update set out the challenges in Australia’s strategic environment and their implications for Defence planning.

It provided a new strategic policy framework to ensure Australia is able – and is understood as willing – to deploy military power to shape our environment, deter actions against our interests and, when required, respond with military force.

As such, your article failed to recognise the much wider implications of this Army-wide reorganisation that goes much further than the few units and brigades you cite.

Although a lot has changed since then – and the current Smith/Houston Review will likely change some things again – my article, which was based on other good reads and some informed guesses, may well offer your audience some enlightenment…

The Australian Army will undergo a massive reorganisation in the next eight years which will see additional combat brigades raised, a dedicated rocket artillery and missile brigade raised, an existing brigade refocused to digital warfare and the Army Reserve structure completely reconfigured with units equipped with next-generation weapons and situational-awareness capabilities.

The new expanded 21st Century Order of Battle is revealed in the Land Operational Concept Document which outlines Army’s plans for a 2028 Army Objective Force.

8 Brigade which currently controls the Army’s training units will be rerolled as 8 (Joint Fires) Brigade to control the incoming NASAMS 2 Ground Based Air Defence System entering service next year (Project Land 19 Phase 7B), the Long-Range Fires Rocket Artillery and long-range missile capabilities to be acquired under Project Land 8113 and the land-based anti-ship/strike missile system to be acquired under Project Sea 4100.

The three existing Combat Brigades will expand to four, with major rerolling of entire brigades and the raising of a (fifth) high-readiness ‘total workforce’ (integrated Reserve) combat brigade with substantial combat power in Western Australia to finally redress the ground-combat imbalance in the western third of the nation.

Major changes include the splitting of the Palmerston NT/Edinburgh SA based 1 Brigade into two separate brigades with substantial re-rolling of individual units.

Under the proposed 2028 Army Objective Force, 1 Brigade will remain in Darwin and re role as an amphibious/littoral/light-combat manoeuvre element with the existing 5RAR, 8/12Regt RAA, 1CE Regt, 1CS Regt and 1CSS Bn, but be augmented with a re-raised 4RAR (Amph) in pre-landing-force configuration.

Augmenting 7RAR (Mech) and 1 Armd Regt at 9 Brigade will be 9 Regt (RAA), the former warehouse for the Army Reserve’s 81mm-mortar-equipped light batteries, which will become regular and re-equip with the next generation 155/52L AS9 self-propelled Howitzer and its supporting AS10 armoured ammunition resupply vehicle and 9 Fd Sqn RAE equipped with the next generation heavy armoured capability systems (assault support).

The current Army Reserve 9 CSS Bn logistics unit and 144 Sig Sqn will be augmented with significant full-time personnel to support the 9 Brigade operations.

The Tasmania-based 12/40 Bn will be rerolled as a Regional Force Surveillance Unit specialising in lower-latitude operations and, presumably, the Army Reserve 10/27 Bn and 3 Fd Sqn will find roles within the brigade.

Both the Townsville-based 3 Brigade and the Brisbane-based 7 Brigade will retain their current order of battle, but re‑equip with new weapons, situational-awareness and sensor systems as those enter service.

2RAR (Amph) will retain its current role as a pre-landing force but may be returned to 3 Brigade for administration purposes.

The WA based 13 Brigade will be transformed almost completely, probably with a single infantry unit; the expanded 13 Engineer Regiment comprising 13 Field Squadron and 22 Engineer Squadron (with an Army-wide STEM-incubator remit); 10th Light Horse Regiment, which will be equipped with Hawkei protected mobility vehicles; and, a 155mm artillery battery equipped with M-777A2 lightweight towed artillery; plus the usual support units – all of which will have increased ARA staff.

Other major changes in the proposed 2028 Army Objective Force are the complete reorganisation of the existing regular 6 Combat Support Brigade which will be rerolled as a digital warfare brigade focused on information warfare, signals intelligence, multi-spectrum intelligence and an entire regiment of the cryptically designated ‘9358’.

Special Operations Command will group its units within a new configuration designated Special Operations Bde with the same structure (minus 2 Sqn SASR) with an additional Army Reserve commando company being raised in south-east Queensland within the 1 Cdo Regt structure.

Thank you Graham – that is indeed enlightening and fascinating – and goes to show that while an editor like me did actually see incremental changes happening over the past two years, I failed to see the bigger picture. A true case of “forest for the trees”. I would be most grateful if you (or anyone else reading this) would pass on any more insights on this bigger picture as it unfolds. For example – does the 2020 Force Structure Plan have major implications for The Royal Australian Navy and the Royal Australian Air Force? Perhaps RAAF’s cancellation of the MQ-9B SkyGuardian was a consequence of this new plan?
Cheers – Brian Hartigan, Editor.

SAS wife says ABC “Getting Away With It” too long

Regarding a National Day for Veterans of MEAO