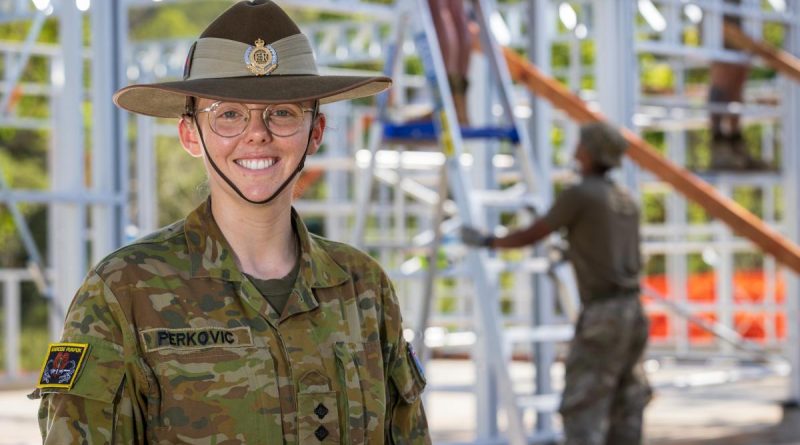 A desire to follow in her father’s footsteps of civil engineering and see the world has taken Captain Lara Perkovic, from the Townsville-based 3rd Combat Engineer Regiment, to Exercise Puk Puk in Papua New Guinea.

Captain Perkovic said she had been working with several familiar faces from the PNGDF.

“The more we get to know them, the more the engineers from the PNGDF open up,” Captain Perkovic said.

“We’re building those relationships, and that’s been really, really good to see from the team, and across all the troops.”

The main scope of works at the depot is the construction of a steel-framed classroom and inert demolition training range at the Field Engineer Wing, and refurbishment of the guard house.

“Exercise Puk Puk is all about building our people-to-people relationships,” Captain Perkovic said.

“Not just within our structure, but the wider community here, and developing a network of brothers and sisters across all nations.”

The Townsville resident, who now calls Bardon in Brisbane home, counts her father as being her inspiration to take up a trade.

“My dad is a civil engineer, so I guess that’s why my initial interest was piqued with civil engineering,” Captain Perkovic said.

“I grew up with him working in the construction management space and I really enjoyed being able to go on sites and visit his jobs.”

“I joined the Army when I was 17 and two months, I went through ADFA and Royal Military College and studied a Bachelor of Civil Engineering,” Captain Perkovic said.

“I was fortunate to attend these courses with other PNGDF officers, with whom I have had the opportunity to work with again here in PNG.

“I then did my Regimental Officers Basic Course at Holsworthy, where there were two PNGDF members on that course as well.”

Captain Perkovic, who grew up in several countries around the world, including Thailand, New Zealand and Ireland, said she was relishing her current role.

“I am a very pragmatic, practical person and I love being outdoors. This job gives me the opportunity to do a multitude of roles and a variety of tasks all the time,” she said.

“And this job really gives me the opportunity to get involved, not just in Australia but with the wider international community and really build international relationships.

“I am very passionate about international engagement and supporting Australia’s contribution to our near region.” 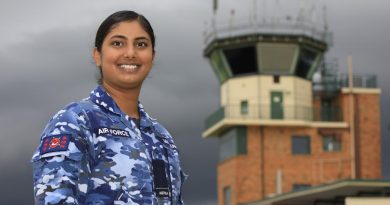 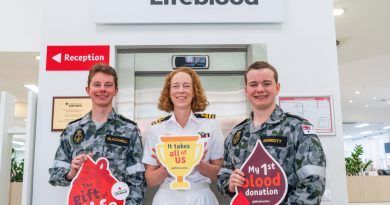