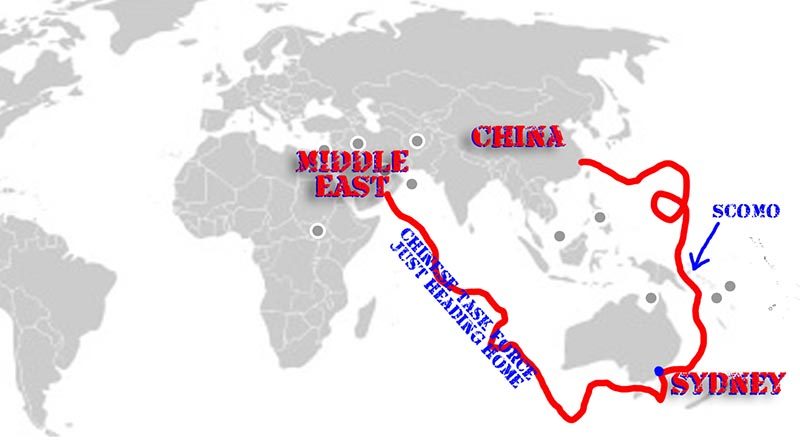 Much was said about three Chinese warships that sailed into Sydney Harbour this week – and most of what was said was that our own government didn’t say anything to forewarn us of the visit.

Some commentators and experts were upset that the government and/or Defence was being secretive about this visit in particular.

In my humble opinion, however, this is just one more (high profile) example of Defence not telling us squat about a lot of things – and not because they are trying to be secretive – but because there would seem to be a lot of people in the very large Defence publicity machine who are either too lazy or too scared to say anything about anything publicly.

On the other hand, I also know that there are a lot of good and hard-working people in the very same Defence PR machine who are frustrated and disenfranchised by their own systems.

Here at CONTACT, I’ve had several approaches from low-level PR people pointing me towards information and stories they believe should be ‘out there’, but have been frustrated by ‘the system’ in letting media outlets know.

For example, Defence publishes a lot of very professional photos – but with no stories to go with them.

They publish press releases (but a fraction of the number they used to) with hyperlinks to photos that “will be available” sometime in the future – and it’s usually the next day, if not longer when those relevant photos become available – and sometimes not at that same link that was in the press release. [On this point, I have to say that 99 times out of 100, it is pointless for an editor to have a story on hand without a supporting photo – especially if the photos are delayed overnight (i.e. a different news cycle)]

Then there’s the times – twice it’s happened at CONTACT – where a Defence PR person ‘sells’ us a story and asks that we hold space for it – but when we follow up after the allotted deadline, the attitude is like – “Oh, my spreadsheet only says I had to ask you to hold the space. There’s no tick box that says I have to deliver a story.” 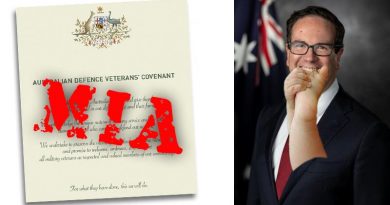 Is the Veterans’ Covenant MIA?

6 thoughts on “About those Chinese warships in Sydney”