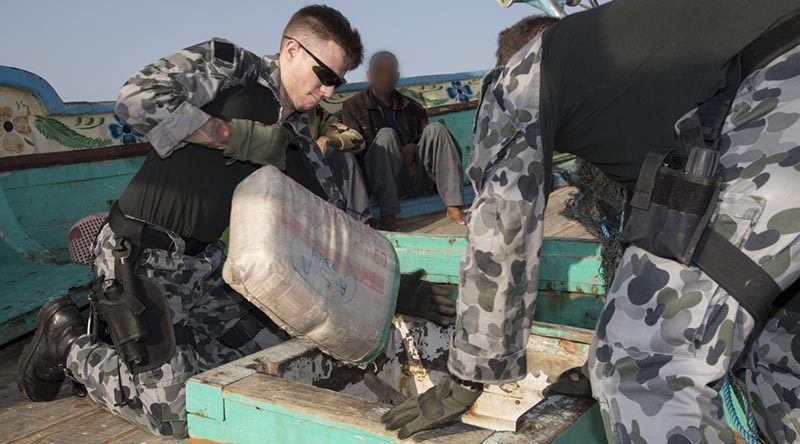 Royal Australian Navy frigate HMAS Ballarat has seized more than 2.1 tonnes of hashish and 345 kilograms of heroin in two boarding operations in the Arabian Sea.

The narcotics seizures, worth approximately $105 million* and $103.5 million* respectively, took place on 28 and 29 January 2019 as part of Operation Manitou.

“The boardings were conducted under the direction of the Combined Maritime Forces in international waters,” Commander Johnson said.

The interdictions follow three previous seizures during Ballarat’s current deployment, totalling 931 kilograms of heroin in December 2018 and 3.1 tonnes of hashish in early January 2019.

“Ballarat’s success so far has been the result of a complex operations using sophisticated technology, information networks and careful surveillance to detect vessels suspected of narcotics trafficking,” Commander Johnson said.

“Once detected, the ship’s boarding teams are dispatched to conduct detailed searches of the vessels.

“All narcotics found are transferred to Ballarat for disposal to disrupt the trafficking of drugs, reduce the funding to terrorist organisations and ensure regional maritime security.”

HMAS Ballarat is deployed to the Middle East under Operation Manitou for counter-terrorism and counter-piracy operations in the North Indian Ocean, the Arabian Sea and the Gulf of Aden.

HMAS Ballarat’s current nine-month deployment is her second to the Middle East and is the 67th rotation of a Royal Australian Navy vessel to the region since 1990.

Operation Manitou is the name of the Australian government’s contribution to support international efforts to promote maritime security, stability and prosperity in the Middle East.

An enhanced security environment ensures Australia’s safe and open access to the region while fostering trade and commerce. 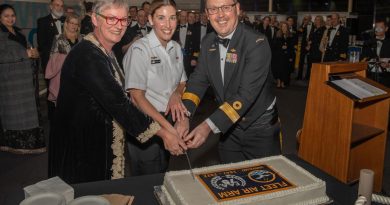 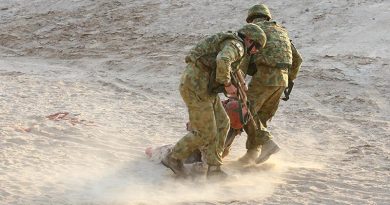