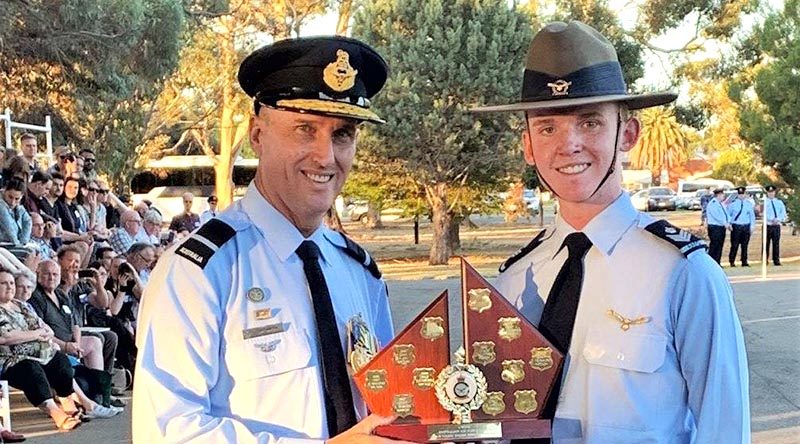 Cadets from South Australia and Mildura – No 6 Wing, Australian Air Force Cadets – have just completed a range of residential promotion courses, and are now set to take on increased leadership responsibilities within their parent squadrons.

No 6 Wing conducted the 2019 Promotion Courses at RAAF Edinburgh from the end of December into January, with two staff and 14 cadets joining them from No 5 Wing (Tasmania).

Of those seeking to be promoted to Cadet Under Officer, the Dux of the course was Cadet Flight-Sergeant Benjamin Dunk (main photo) from 613 Squadron (RAAF Edinburgh). CFSGT Dunk is a solo glider pilot, ‘C’ Certificate qualified, and provides instructional support to No 906 Aviation Training Squadron. Last year he was Dux of the Senior NCO Course.

Of those who underwent training and assessment to qualify for eligibility to be promoted to Cadet Warrant Officer, the Dux of the course was Cadet Flight Sergeant Artyom Keddie (right) from No 507 Squadron based at Devonport, Tasmania. 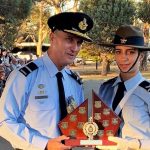 Dux of the Senior NCO Course was Cadet Corporal Kimberly Wyatt-Read (left) from No 602 Squadron (Adelaide Hills). She had previously received a Course Commander’s Encouragement Award for her performance on the 2018 Junior NCO Course. 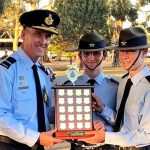 In a tie for Dux of the Junior NCO Course (right), for Leading Cadets seeking eligibility to be promoted to Cadet Corporal, the trophy went jointly to Leading Cadet Elijah Barrott-Walsh from 619 Squadron at Noarlunga and Leading Cadet Darcy Needle from 605 Squadron at Seaford (both ‘City of Onkaparinga’ squadrons).

Flying Officer (AAFC) Paul Rosenzweig, 6 Wing Public Affairs & Communication Officer, said “These graduates will now return to their parent squadrons to advance in rank and take up specific appointments. There is no doubt we will hear more of them in a few years’ time when they take up leadership roles in Defence or in the community”. 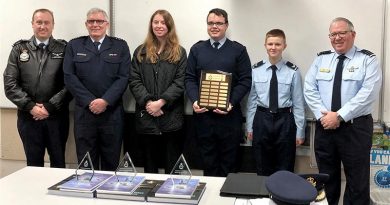 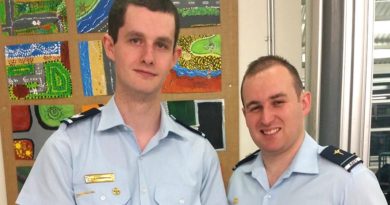