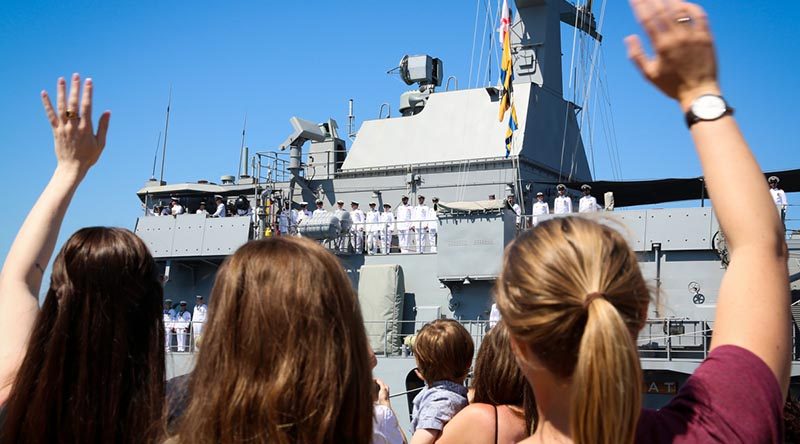 HMAS Ballarat departed from her home port of Fleet Base West, Garden Island, Western Australia on 28 October to begin a nine-month deployment tono Operation Manitou in the Middle East.

CAPTION: Family and friends wave goodbye to their loved ones on HMAS Ballarat as the ship sails from Fleet Base West, WA, to commence a nine-month operational deployment to the Middle East. Photo by Leading Seaman Kylie Jagiello.

Family and friends of the crew were joined by Assistant Minister for Defence Senator David Fawcett, Commander Australian Fleet, Rear Admiral Jonathan Mead, and senior naval officers from Western Australia to farewell the ship and her company.

HMAS Ballarat and her ship’s company of 190 officers and sailors is commanded by Commander Paul Johnson.

Senator David Fawcett said that for decades the men and women of the Royal Australian Navy had regularly seized drugs and other illegal cargoes from the high seas.

“This will be the ship’s second deployment to the Middle East and she will carry forward a considerable legacy.

“I wish [her crew] well as they work to make the world safer and more stable.” 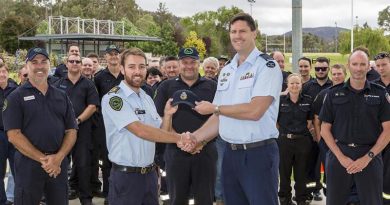 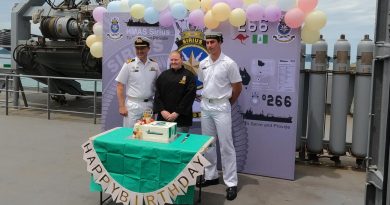