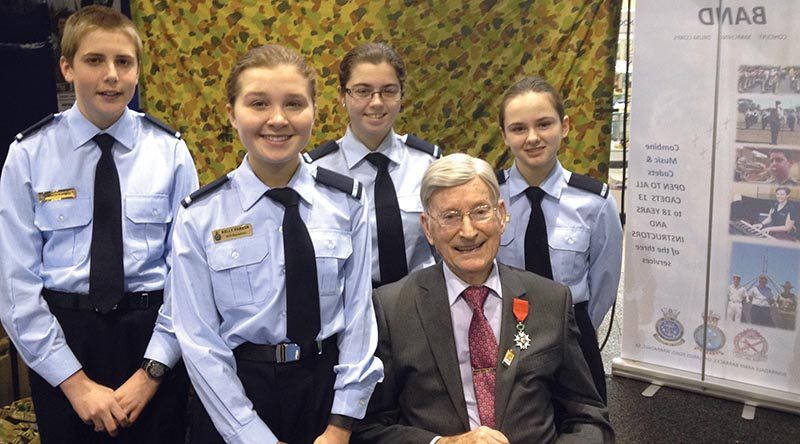 Australian Air Force Cadets of 6 Wing ran an information and recruiting stand at this year’s Royal Adelaide Show and one visitor to their stall really stood out – former Warrant Officer Doug Leak who served in the RAAF from 1942-45 and who was recently made a Knight of the French Legion of Honour.

Doug Leak, born in Medindie in South Australia, was one of 10,000 Australian airmen who served with Bomber Command during World War 2.

He applied for RAAF aircrew entry on 8 December 1941, the day after the attack on Pearl Harbour.

Because of the rush of volunteers, Doug was ordered to attend training in Grote Street two nights a week (unpaid) to prepare for enlistment, and was eventually enlisted at 5 RAAF Recruit Centre in Adelaide almost a year later, on 12 September 1942, under the Empire Air Training Scheme.

He served with No. 149 (East India) Squadron RAF as a wireless operator/air gunner (WAG) in Lancaster II and III long-range heavy bombers, and participated in five operational bombing sorties over Europe as part of Operation ‘Pointblank’ (the Allied Combined Bomber Offensive against Germany).

However, the missions he takes most pride in are those conducted after 1 May 1945 – six supply-drop missions (Operation Manna), dropping food to the starving people of The Netherlands.

Then, after the German surrender, Warrant Officer Leak participated in sorties to drop supplies to former prisoners of war and ferry many of them back to England (Operation Exodus).

Earlier this year, 92-year-old Mr Leak was appointed by the President of the French Republic to the Ordre National de la Légion d’Honneur in the grade of Chevalier (Knight) for his role in the liberation of France in 1944-45.

This was a great opportunity for 6 Wing Air Force Cadets to meet one of South Australia’s living legends. 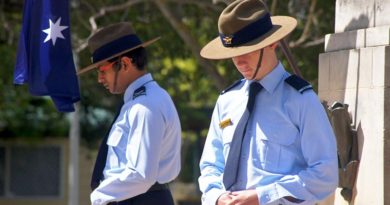 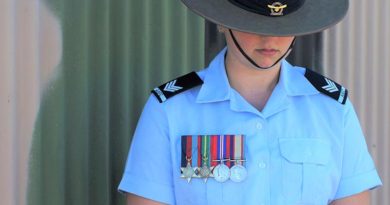