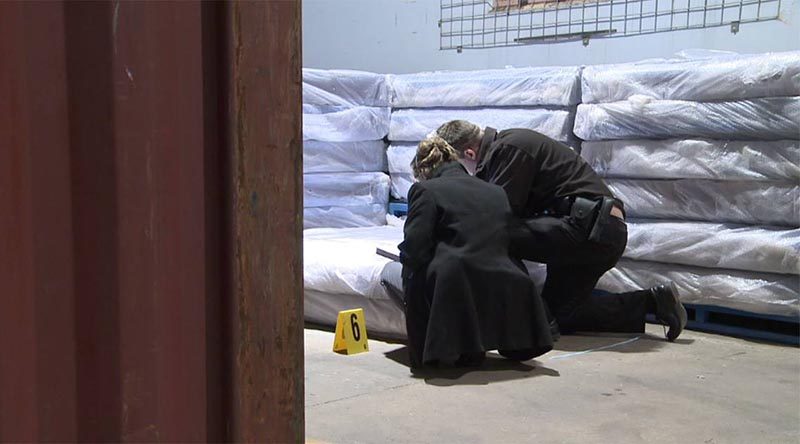 A successful operation conducted by the Victoria Joint Organised Crime Task Force (JOCTF) has resulted in charges being laid against one Malaysian and seven Australian citizens for drug offences, and the seizure of approximately 275 kilograms of crystal methamphetamine (crystal meth), with a street value of around $275 million.

The multi-agency operation commenced in February in Melbourne following intelligence identifying this syndicate as being allegedly responsible for the importation of illicit drugs into Australia. Subsequent investigations identified a number of shipping consignments linked to this syndicate.Three shipping containers were intercepted and were searched by authorities. Approximately 275kg of crystal methamphetamine was secreted under the floorboards of three shipping containers. As part of a controlled operation, the containers were delivered last week to an industrial estate in Bayswater. Subsequently, a number of people accessed the containers and search warrants were executed in the Melbourne suburbs of South Yarra, Braybrook, Bayswater, Brunswick, Box Hill and Glen Waverley.

This is the biggest methamphetamine seizure in Victoria this year.

The eight men are aged between 24 and 34. Three were charged with commercial drug importation offences and the five others were charged with attempting to possess and trafficking a large commercial quantity of methylamphetamine.
The maximum penalty is life imprisonment.

Investigations remain ongoing and further charges have not been ruled out.

This seizure and arrests are the result of a four-month investigation by the JOCTF, with the assistance of AUSTRAC. Today’s results bring the total seizures for this investigation to more than 300kg of methamphetamine and $1 million cash.
During this operation the AFP worked with Chinese authorities on Taskforce Blaze, which investigates criminal syndicates trafficking ice to Australia and internationally.

“The persistence and dedication of police and partner agencies has seen the interception and future destruction of more than two and a half million hits of this insidious drug,” Assistant Commissioner McCartney said.

“We will be relentless in our pursuit of organised crime. This result is a clear example of what the combined powers of all of our agencies can achieve.”

Victoria Police Assistant Commissioner Crime Command Stephen Fontana said that the combined power of a multi-agency approach is invaluable in targeting these types of syndicates however what must be turned around is the continual demand for illicit substances.
“I am so proud of the tireless work of our members but what we are looking at is an ever increasing demand for illicit drugs,” Assistant Commissioner Fontana said.

“As long as there is demand, there will be a market which in turn cannot be measured in the harm transferred through to our community, our families and our loved ones.

“Further addiction, road trauma, violent and volume crime, domestic violence, all of us, are affected by an insidious revolving cycle.”

Acting Australian Border Force Assistant Commissioner Strategic Border Command, Tim Fitzgerald said this latest seizure is significant, not just for its weight, but for the fact it was targeted and uncovered as a result of intelligence developed and shared between agencies.

“The ABF will continue to work closely with our law enforcement partners, using our officers’ expertise and deploying our full suite of detection technologies to intercept these dangerous drugs and stop them entering Australia,” acting Assistant Commissioner Fitzgerald said.

“These drugs cause significant harm to Australian communities and families and the ABF is proud of our role in helping to keep these dangerous drugs off our streets.”

Australian Criminal Intelligence Commission National Manager Operational Strategy, Richard Grant, said the profitability and success of serious and organised crime comes at a cost for individuals, families, the community, government and ultimately to all Australians.

“This operation has not only prevented the misery and harm caused by 2.75 million street deals of methamphetamine, it has also prevented the diversion of millions of dollars away from the legitimate economy,” Mr Grant said.

John Visser, National Manager International of Australia’s financial intelligence agency AUSTRAC, said his agency is working closely with law enforcement partners to protect the Australian community and our economy from the harm of criminal syndicates.

“AUSTRAC’s intelligence and analysis has been central to supporting the joint investigation and identifying the main offenders, tracking down other entities of interest and following the money trail associated with the criminal activities,” Mr Visser said. 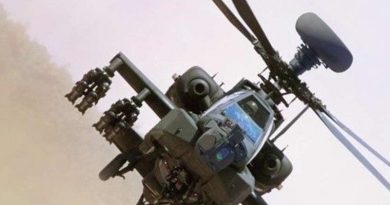 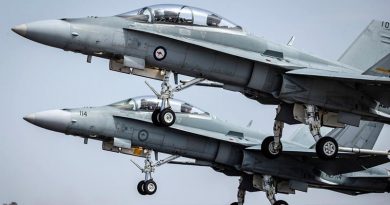