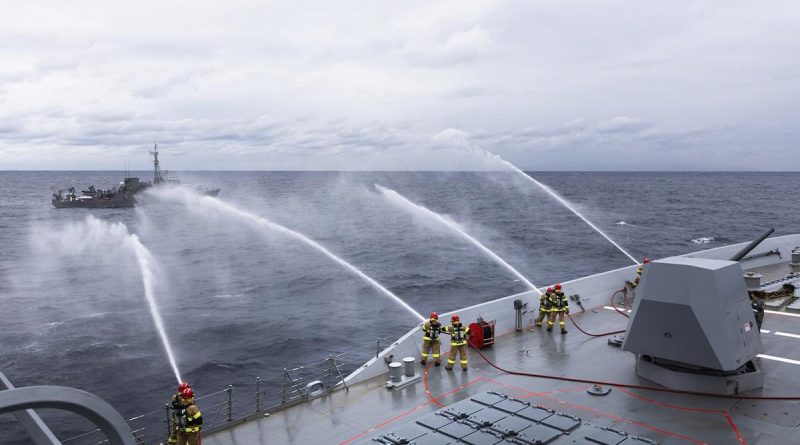 Fire and toxic hazards are among the many potential risks for any mariner at sea.

Along with responding to three simulated fires and a toxic hazard on board, Hobart also rendered assistance to JMSDF minesweeping tender JS Bungo as its crew fought a simulated blaze.

“It is important that we train not only to keep ourselves in the fight, but our friends too, and it brings about a good feeling among the crew.”

“The crew dealt with a major fire in the forward boatswain’s store, a flashed-over fire in the supply storeroom, a minor fire in the weapons electrical engineering officer’s cabin and an oxygen depletion toxic hazard in auxiliary engine room 3,” Lieutenant Carew said.

The exercise tested skills in command, control and communication, repair base damage control and battle damage assessment and recovery.

Damage-control exercises are routinely conducted at sea to help keep ships and their crews safe.