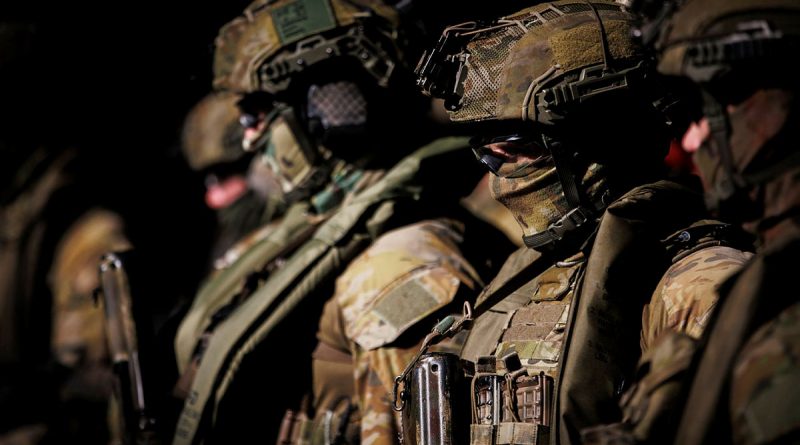 The 2022 Sea Series has come to a close with the completion of Exercise Sea Raider.

An opportunity for the Australian Amphibious Force (AAF) to showcase its capabilities, Exercise Sea Raider involved a joint force comprising the Royal Australian Navy’s HMAS Adelaide and an embarked force from Army.

During the exercise, hundreds of ADF troops successfully conducted a night-time amphibious assault from Adelaide onto Cowley Beach training area near Townsville.

Designed to rapidly build up combat power ashore, the assault was supported by small boats, and LCM-8 and LARC landing craft.

To ensure maximum flexibility for the force during the assault, a Tiger helicopter provided overwatch, reconnaissance, commentary and, if necessary, precision fires.

The exercise established new milestones with the increased integration of live ammunition into previously blank-fire training scenarios, the incorporation of unmanned aerial systems and the tactical employment of the Boxer.

CAPTION: Soldiers from 10th Force Support Battalion await the arrival of a Boxer.

The stage was set when patrols from the joint pre-landing force (based on 2nd Battalion, Royal Australian Regiment) inserted at extended range and remained undetected while they provided intelligence back to the AAF as it steamed towards the area.

This intelligence enabled the assault force (based on 1st Battalion, Royal Australian Regiment) to land and move rapidly inland to clear a series of simulated enemy positions using combined arms manoeuvre and attack.

Throughout these actions, the remainder of the AAF on board Adelaide continued to provide support with attack aviation, resupply and command and control.

Commander Landing Force Colonel Douglas Pashley said exercises like this proved the AAF was capable of projecting a range of capabilities anywhere in the region.

“It’s important for us to demonstrate to allies and friends that we continue to be a credible and reliable partner in the region, remaining committed to maintaining regional security and assisting during humanitarian disasters,” Colonel Pashley said.

A team from the Royal Australian Air Force also embarked to manage the airspace.

“In planning we must access the terrain, threat and conditions both human and environmental to ensure we have the available assets necessary to support amphibious force lodgement and maritime manoeuvre.”

CAPTION: A Boxer from the 2nd/14th Light Horse Regiment (Queensland Mounted Infantry) fires at a target. 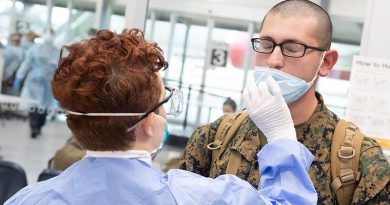 US Marine in Darwin tests positive for COVID-19 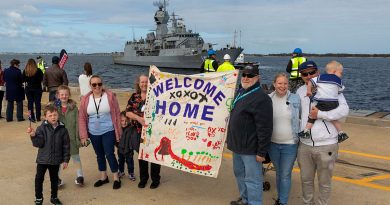 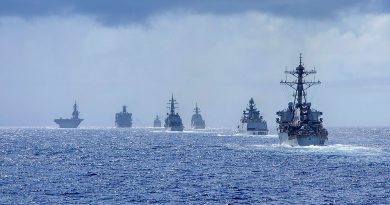 One thought on “An amphibious force to be reckoned with”