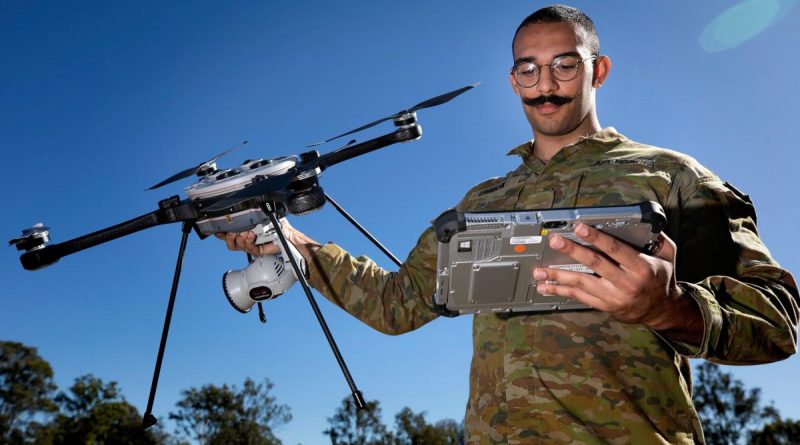 “I was focused on the event running smoothly and hadn’t flown competitively for ages due to the pandemic, so I didn’t realise my batteries had degraded. They were cutting out mid-race,”  Flight Lieutenant Dell-O’Sullivan said.

“But I was able to borrow a team member’s battery at the end, which gave me a fighting chance of setting a good lap time.”

As the president of the association, Flight Lieutenant Dell-O’Sullivan juggled competing with commentating and managing the competition.

The last competition was held in 2019, and Flight Lieutenant Dell-O’Sullivan said the improvement in the skills of the members this year was noticeable.

“The others were consistently faster and hot on my tail. I think I just got lucky,” he said.

The tournament gave 16 AFDRA pilots the chance to qualify for the Australian Drone Racing Nationals later this year.

The pilots competed in several two-minute races and their best three consecutive laps were recorded, which is the same for the national qualifying rules.

While an Army member and Air Force cadet were faster than Flight Lieutenant  Dell-O’Sullivan’s times, their laps only counted as a time-trial entry.

The pilots had to fly their drones over and under obstacles in an L-shaped circuit about 200m in length.

The circuit included a slalom leading into tight turns and a vertical component, designed by the sport’s world champion, Australian Thomas Bitmatta.

The day before the tournament, the AFDRA held an expo for invited Defence industry partners and other organisations to showcase their work with drones and innovation.

Nearly 300 base personnel and their families attended and saw the replacement for Army’s RQ-7B Shadow 200, a drone used by the State Emergency Services for emergencies and No. 2 Security Forces Squadron’s R70 SkyRanger drone.

The association also had interactive demonstrations on how the devices are built, fixed and used. There was a 3-D printer creating a drone canopy, slice by slice, as an example of how to make drone components.

Steadily growing since its inception four years ago, FDRA now has 32 members.

A Defence-approved sport, Corporal Thompson said AFDRA offered networking and welfare benefits through being part of a team, and skills that could benefit a career.

“You can also branch into the Jericho area or do STEM events with high school and university students and cadets, which the team does.”

Flight Lieutenant Dell-O’Sullivan said it was great for AFDRA to finally get back on a course, and looked forward to competing against Army and Navy at the Australian Drone Racing Nationals.

That competition will be held at the ADFA Open Day in Canberra from August 19-21. 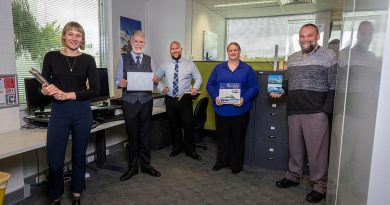 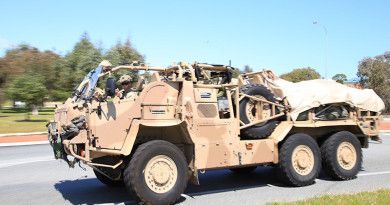 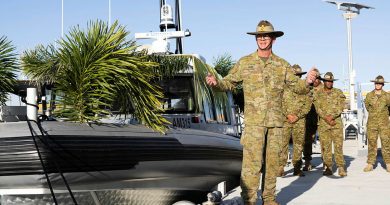