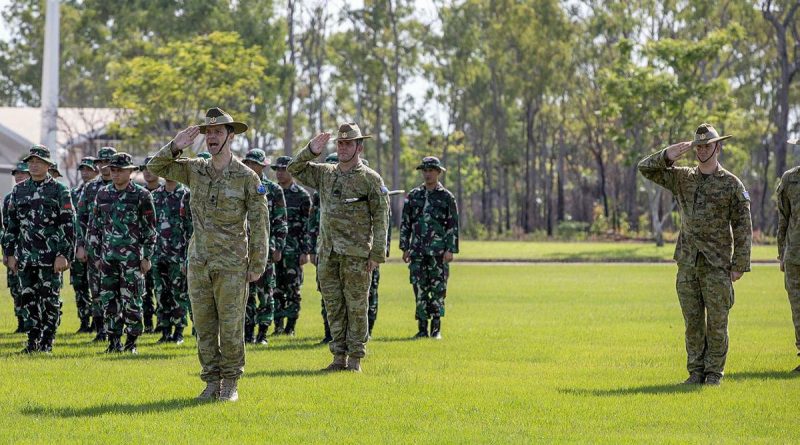 Indonesian Armed Forces personnel have been welcomed to the Top End for the eighth iteration of Exercise Wirra Jaya.

On October 12,  soldiers of the 1st Brigade paraded with about 200 personnel from the Indonesian Armed Forces for the exercise’s opening ceremony, held ahead of three weeks of training in the Northern Territory.

The Chief of Army was represented at the parade by Commander 1st Division, Major General Justin “Jake” Ellwood, who addressed the parade in Indonesian, demonstrating his continued connection with the Indonesian Armed Forces throughout his career.

“I’ve had the very good fortune of seeing the 5th Battalion [Royal Australian Regiment] participate in Exercise Wirra Jaya in the past. It has always been clear to me that you understand its importance,” Major General Ellwood said.

“This Wirra Jaya is significant because it is much larger than any previous Wirra Jaya.

“The growth is a tangible symbol of the growing partnership and commitment between the [Indonesian Armed Forces] and the ADF.”

Major General Ellwood noted the value of the people-to-people relationships developed during the annual training.

“These exercises are important to grow interoperability, but more importantly they develop our understanding of one another,” he said.

The teams will progress through to urban operations training before undertaking refresher training in tactical combat casualty care and medical evacuation procedures.

Major General Marga Taufiq, of the Indonesian Armed Forces, echoed the importance of connections, and said the opening ceremony marked the start of new friendships to be built this year and into the future.

“It is my hope that in addition to using this exercise to develop your individual and collective warfighting skills, members of both contingents will forge close personal relationships with their counterparts,” he said.

“I am confident that you will make the most of the excellent opportunity to further foster and enhance the relationship between our two armies.” 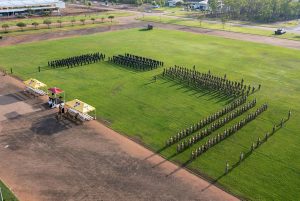 CAPTION: Soldiers from the Australian Army and Tentara Nasional Indonesia Angkatan Darat (TNI-AD) during the rehearsal for the opening ceremony of Exercise Wirra Jaya 2021 at Robertson Barracks, NT. Photo by Corporal Rodrigo Villablanca. 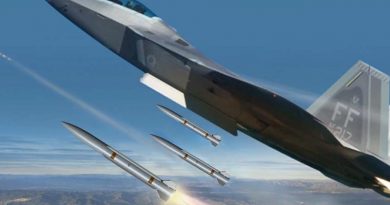