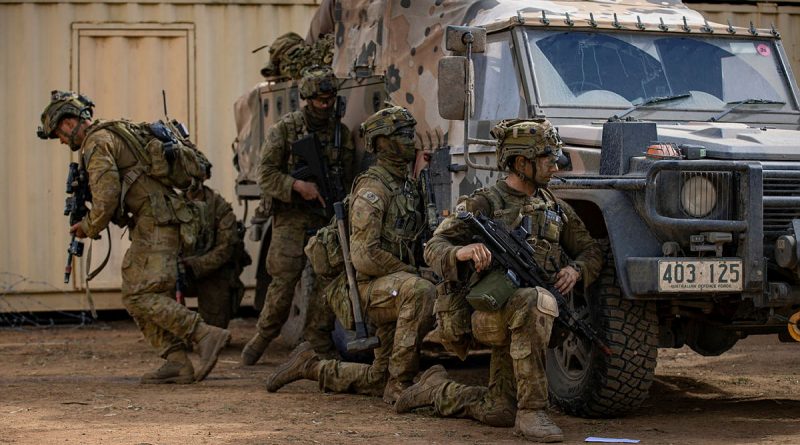 The training facility in the High Range Training Area at Townsville simulates a small town, and adds layers that do not exist on a conventional battlefield in the bush, pushing the battalion’s personnel to think differently and act faster.

“But when the moment comes to be aggressive, you want precise and fierce target prosecution,” Lieutenant Baxter said.

“Ultimately, we wanted our platoon to be an intense force, dominating the enemy in the Urban Operations Training Facility with controlled violence.

“We wanted to put our drills to the test and see where we could further improve.”

Lieutenant Baxter said urban training had its own challenges and lessons to be learned.  “Road systems and avenues of approach can be easily manipulated by the enemy to direct movement into certain engagement areas, where the enemy can ambush you,” he said

“Surrounding buildings offer more cover and concealment from enemy fire, but they can also be rigged with booby traps and explosives.

“Even though buildings and areas had been cleared, my soldiers still came across traps and improvised explosive devices, which was a learning curve.

“In the urban environment you need to always stay alert with laser-like attention to detail.”

Lieutenant Baxter stressed training at the Urban Operations Training Facility was important for combined arms as a whole.

“The urban terrain is very complex, so training in these surroundings is important as it offers multiple challenges from both a commander’s and soldier’s perspective,” he said.

“The majority of future conflicts will be taking place in urban environments.

“This urban training was really valuable for our battalion.” 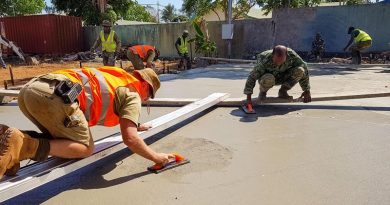