No. 3 Squadron F-35A pilot, Squadron Leader Tobias Liddy-Puccini, said he was exposed to some of the most surreal flying that a training exercise had to offer, while strengthening relationships through interoperability.

“Flying with the United States Air Force was particularly enjoyable as this was the first time we were both flying F-35As,” Squadron Leader Liddy-Puccini said.

“Effective synchronisation with our partners increases our stealth capabilities and is the difference between winning and losing in a war-like environment.

“The advanced airspace of the Joint Pacific Alaska Range complex allowed us to test our tactics together against simulated threats posed by potentially hostile nations.

“Paired with some of the most beautiful scenery found only in Alaska, the training experience and exercise outcomes were second to none.”

Squadron Leader Liddy-Puccini spoke of the importance of training in simulated hostile scenarios to prepare crews for future combat.

“On any given mission, we’d be flying with up to 40 friendly fighters on our side, against 40 adversary fighters, as well as multiple surface-to-air missile threat systems,” Squadron Leader Liddy-Puccini said.

“There’s an unparalleled amount of excitement and emotions triggered when you’re about to push over the line, unsure of what is about to unfold – it’s something that you can’t replicate anywhere other than Red Flag Alaska.

“The flying has been some of my most enjoyable and memorable experiences in the F-35A, it’s been both a valuable and amazing exercise.” 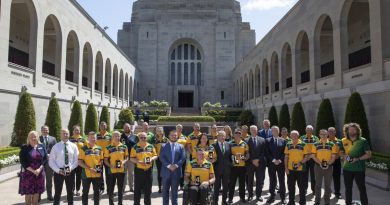 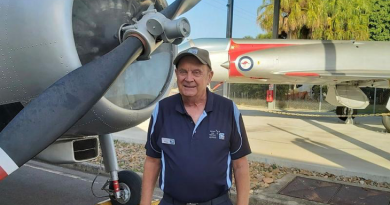 To the moon and back with Air Force