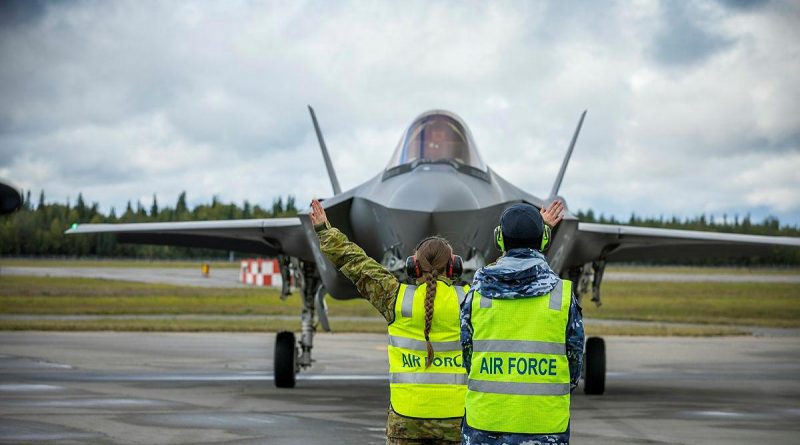 The personnel deployed to Joint Base Elmendorf-Richardson and Eielson Air Force Base, Alaska, in August to provide aircraft and facilities security for the flying squadrons participating in the exercise.

“We were fortunate enough to be able to integrate with the United States Air Force 354th Security Forces Squadron to develop a deeper understanding and awareness of each other’s training, techniques and practices.

“This included exposure to their facilities and training areas, as well as engaging in tactical training and aircraft fire fighting and equipment training.”

Personnel from No. 3 Security Forces Squadron were afforded the opportunity to participate in the marshalling of F-35A Lightning II aircraft returning from flight at Eielson Air Force Base, under the instruction and supervision of aircraft technicians from No. 3 Squadron.

Sergeant Webber said being able to conduct varying duties with other elements during Exercise Red Flag Alaska resulted in a more cohesive workforce and exposed the teams to the diversity and varying career pathways that Air Force had to offer.

“This exercise enabled our personnel to apply their training and to adapt and overcome obstacles to achieve mission success.

“The opportunity for security forces personnel to actively deploy overseas solidifies the quality of training conducted at home units, while facing new challenges to further develop their abilities.” 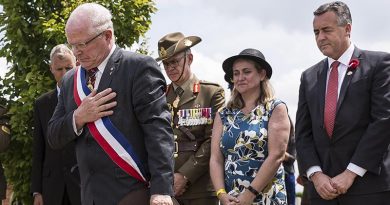 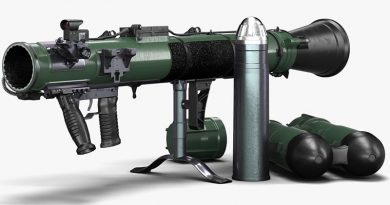 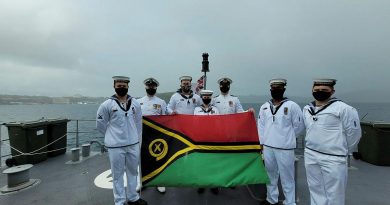