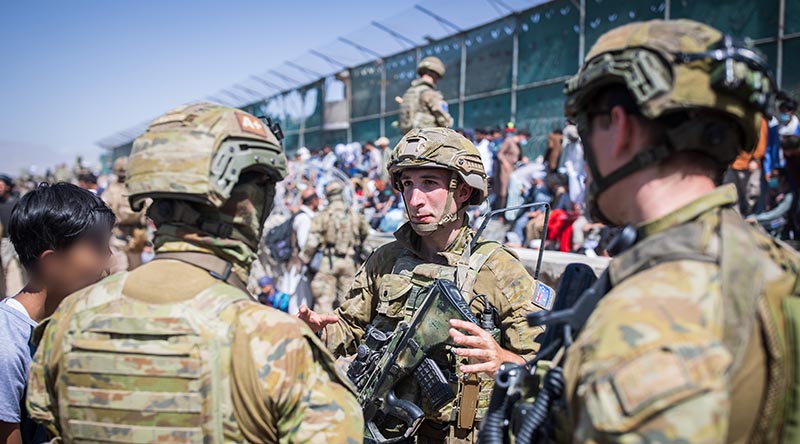 The bomb was detonated near the Abbey Gate entrance to the airport – the same location where Australian military were seen working in yesterday’s video.

A second bomb was almost simultaneously detonated at the nearby Baron Hotel, and both attacks were followed by gunfire from ISIS gunmen.

More than 140 people, including US military personnel, were wounded.

Australian Defence Minister Peter Dutton said all Australia’s military and government personnel had already been extracted from Kabul shortly before the attack.

“I can confirm that not too long before the attack, Australian troops and the rest of our personnel were wheels up and out of Kabul,” Mr Dutton said.

“I’m just so grateful they are safe.”

He said intelligence suggested more terrorist attacks were planned and that Australian troops would not be returning to Hamid Karzai International Airport.

“It’s an impossible situation, because the intelligence was clear to us that if we allowed our soldiers to stay on with the near certainty of terrorist attacks, then we would lose Australian lives,” he said.

“That wasn’t a risk we were prepared to take.

“I grieve like every decent person would at the loss of life, and in particular for us the loss of American lives.

“These are people who have helped literally thousands of Australian citizens and visa holders, permanent residents through Abbey Gate into the airport.”

US Marine Corps General Kenneth F. McKenzie Jr, commander of US Central Command, said during a briefing at the Pentagon that despite the tragic loss of life, the US evacuation mission from Afghanistan would continue undeterred.

“Right now, that mission is to evacuate from Afghanistan US citizens, third-country nationals, special immigrant visa holders, US embassy staff, and at-risk Afghans.

“Currently,  there are some 5000 individuals awaiting evacuation from the country,” General McKenzie said.

“We will not be dissuaded from the task at hand,” he said.

“To do anything less — especially now — would dishonor the purpose and sacrifice these men and women have rendered our country and the people of Afghanistan.” 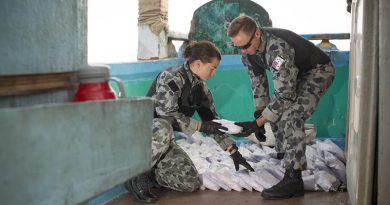 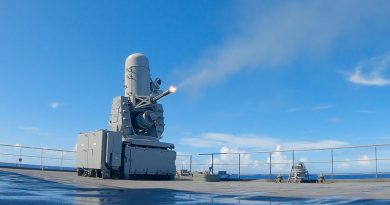 Firing a first for Supply 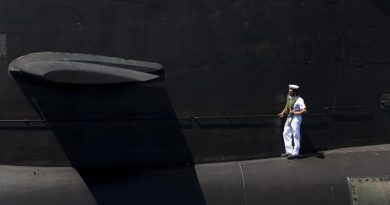 One thought on “Suicide bomb attack at Kabul airport”