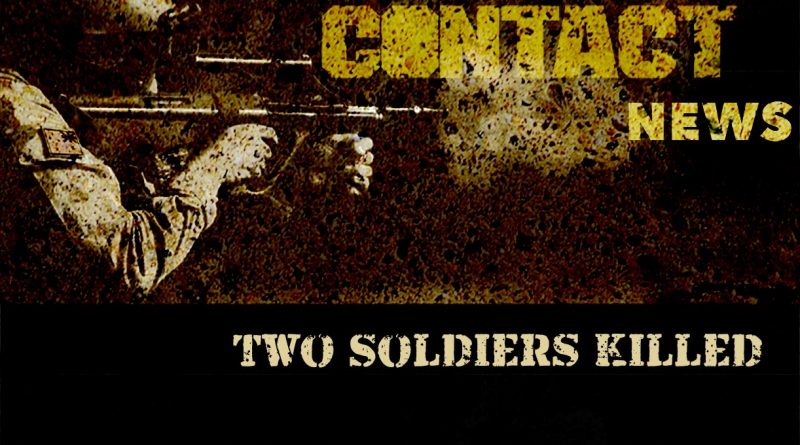 Two soldiers were reported killed in a military-vehicle roll-over west of Townsville today.

Defence confirmed the incident in an official statement tonight about 9.30pm.

The statement said two members of the Brisbane-based 7th Combat Brigade died following a vehicle incident near Townsville this afternoon.

The soldiers were travelling along a public road near the Townsville Field Training Area (near Charters Towers) when their vehicle rolled.

Defence rescue and medical teams attended, however the members were later confirmed deceased at the scene.

No other members were injured during the incident.

The families of the members have been notified and are being provided support by Defence.

Chief of the Army Lieutenant General Rick Burr said supporting the families was his highest priority.

“This is a tragic accident and our deepest sympathies go to the families and loved ones of our soldiers.”

The names of the soldiers will not be release at this time.

Defence is working with the Queensland Police Service to thoroughly investigate the cause of the incident.

Defence Minister Peter Dutton made a brief statement to parliament earlier today, before full details were in.

“It is very sad news for our nation to learn,” he said.

“It is a very dangerous task our troops are involved in, even during training exercises and the movement of equipment up and down our national highways.”

Senator Jacqui Lambie said on Facebook – where CONTACT first heard the news – “I’m so sad to hear about the passing of two soldiers in Townsville this afternoon. My heart goes out to their family, friends, loved ones and their colleagues at 7th Brigade. May they rest in peace.”

One thought on “Two soldiers killed in vehicle accident near Townsville”