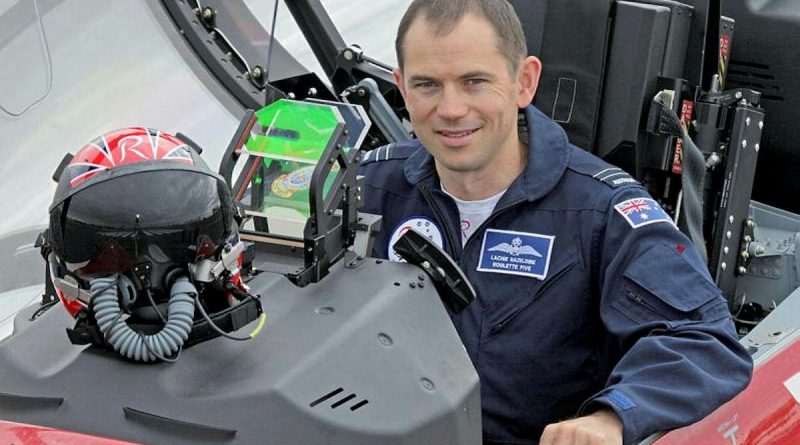 One of the longest-serving wingmen in The Roulettes, Flight Lieutenant Lachie Hazeldine, otherwise known as Roulette Five, retired from the Royal Australian Air Force aerobatic team in May.

His encyclopaedic knowledge of PC-21 aircraft made him the Royal Australian Air Force’s go-to senior flying instructor on the PC-21 training system.

“G-force pushes all your blood down into your legs, your face, and every part of your body feels as if someone’s pulling it downward,” Flight Lieutenant Hazeldine said.

“Moving your head becomes really difficult and, even at 4G, you’d struggle to get your hand back on the controls if you took it off.

“Most of us fly twice a day on average during the week and this and general training helps us keep in shape because over half those flights, including instructing the instructors, would include regularly pulling over 4G.

Flight Lieutenant Hazeldine, who grew up in Korumburra, Victoria, will continue his work with PC-21s at the Wing Standards Cell at the Air Academy in East Sale, managing PC-21 documentation, procedures and developing training material in addition to continuing to teach instructors.

He would miss the camaraderie he enjoyed as part of The Roulettes.

“It’s been great to get out there and show what you can do, and the flying is really fun,” Flight Lieutenant Hazeldine said.

“We go to exciting events around the country and get to meet interesting people.

“Students in particular ask some thoughtful questions about the aircraft that show how interested they are in flying as a career and we encourage them to persist with their ambitions and guide them on what they can do to improve their chances to become an Air Force pilot.

“All the Roulettes have to have a lot of trust in each other and work closely together to make everything work as accurately as possible.

“I’m certainly going to miss going away on trips with a group of people with similar interests who all get along really well.”

The Bellenger Bell will be awarded annually to an Air Academy member who pursues excellence in all their endeavours by going above and beyond the call of duty and embodying the concept that “how we work is as important as the work we do”.

In the citation accompanying the award, the Officer Commanding Air Academy, Group Captain Nigel Ward, praised Flight Lieutenant Hazeldine’s “fastidious approach to achieving excellence in multiple areas across the pilot training schools” and his “agility, adaptation and devotion to the service”. 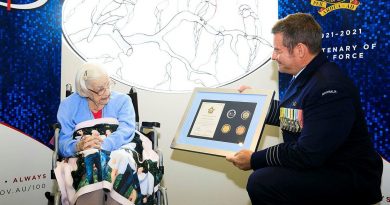 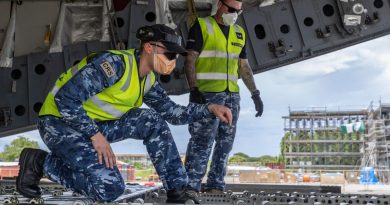 One thought on “Roulette touches down for final time”