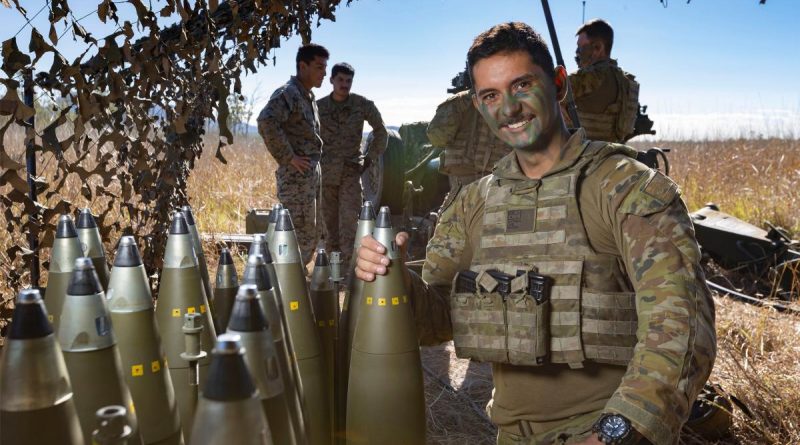 “When we get the call to take posts for firing, your heart gets pumping, everyone’s motivated, running around and jumping into their positions on the gun,” he said.

“It’s an adrenaline rush, there’s so much force when it fires, we have to have all our protection on.”

Gunner Lane, who grew up in Bluewater and went to Northern Beaches State High School, worked as a bricklayer for about a year and joined the Army in 2018.

“I joined to challenge myself. I didn’t have much else going on, I didn’t really see any other career,” he said. “I did bricklaying; it wasn’t the best, so I decided to join the Army for a more secure job.”

He is now posted to the Townsville-based 4th Regiment, Royal Australian Artillery, but a lot of his time is spent on exercise firing the guns.

“I like going away out field, doing my job and getting to know all the guys in my detachment.”

Gunner Lane is the only one out of five siblings to join the military, inspired by his mum who was a chef in the Air Force.

“I wanted to take a path that was a bit harder, so I went with Army. She’s happy to see me every time I come back from field,” he said.

He also gained a new appreciation for his bosses’ job after recently completing the gun detachment commander’s course.

“We all had a turn at being the commander (number one); there’s a lot of theory and safety behind it,” Gunner Lane said. “There’s a lot of responsibility put on the number one. That also comes down on my job as 2IC.

“I have to get rounds and fuses correct and pass that to him, so there’s a lot of trust between the 2IC and the number one.” 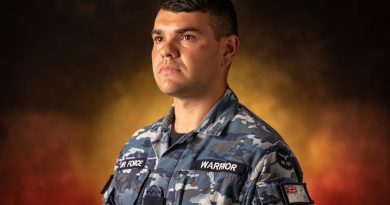 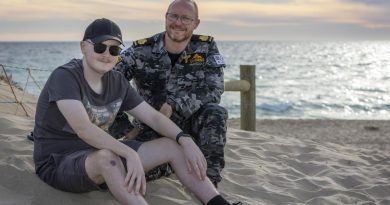