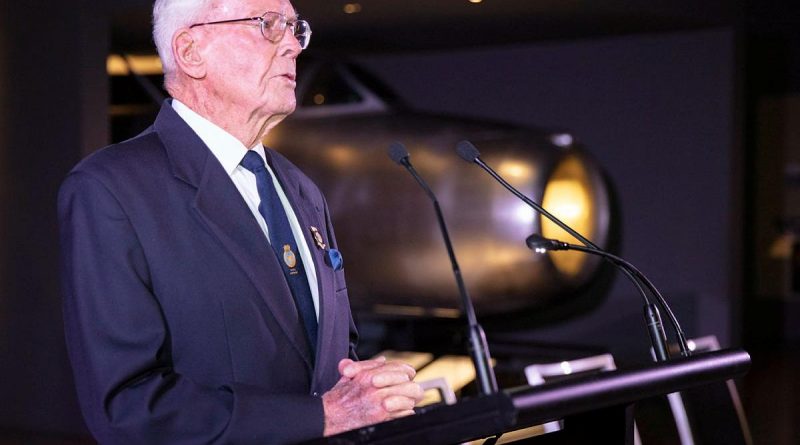 Guy Griffiths was just a teenager when the warship he was serving in as a young midshipman was sunk in a devastating air attack by Japanese bombers during World War II.

It was 10 December 1941, when the Royal Navy battlecruiser HMS Repulse was struck while sailing in company with the battleship HMS Prince of Wales off the east coast of Malaya – 840 sailors died.

There were 1000 survivors from Repulse  – among them, 17-year-old Australian Guy Griffiths who was four years into his career and on exchange with the Royal Navy.

What later became known as the Naval Battle of Malaya would become a defining moment in the story of now-Rear Admiral Griffiths (retd), a man who is considered one of the Royal Australian Navy’s most distinguished leaders.

For the first time, that story is being shared publicly in the biography Guy Griffiths: The Life & Times of an Australian Admiral.

Authored by Vice Admiral Peter Jones (retd), the biography was launched at the Australian War Memorial in Canberra on May 27.

Rear Admiral Griffiths (retd), now aged 98 and the last remaining Australian survivor of Repulse, said the biography was a piece of naval history.

“Vice Admiral Jones had been asking me for some time to write this biography and, although I didn’t want to do it at first – I have always felt my story is not unique – it came to a stage when I thought ‘oh hell, let’s do it’,” Rear Admiral Griffiths said.

“I have both good memories and bad memories from my career – surviving Repulse and two reasonably intense years aboard Shropshire – from 1930 to the end of the Second World War when we were up against the Japanese, as well as the battle in the Surigao Strait.

“This is all documented in the biography, of course.  It is a piece of naval history.”

CAPTION: Chief of Navy Vice Admiral Michael Noonan with Midshipmen from ADFA at the launch of ‘Guy Griffiths: The Life & Times of an Australian Admiral’, at the Australian War Memorial. Photo: Petty Officer Bradley Darvill

Rear Admiral Griffiths was commissioned into the Royal Australian Navy as a cadet midshipman in 1937 at age 13 and was posted to Repulse in 1941.

Following the attack in Malaya, he joined the battleship HMS Revenge and later served in the destroyer HMS Vivian before posting to the cruiser HMAS Shropshire when it was commissioned in 1943.

For the next two years, he saw conflict in the South-West Pacific, including the Leyte and Lingayan Gulf operations in the Philippines and the Battle of Surigao Strait.

Rear Admiral Griffiths was awarded the Distinguished Service Cross for his contribution to the Lingayan Gulf operation.

He went on to serve in the Korean and Vietnam wars, and command the aircraft carrier HMAS Melbourne – the Australian fleet’s flagship – from 1973-75.

In 1976, he was promoted to rear admiral and appointed to chief of naval personnel, a position he executed in high esteem until his retirement in 1980.

He was awarded a Distinguished Service Order in 1967 for “devotion to duty in the presence of the enemy as Captain of HMAS Hobart” during the Vietnam War, and the Order of Australia in 1979 for his service to the Navy over a period of 42 years.

Rear Admiral Griffiths currently lives in Sydney with his family.

The book is published by Australian Scholarly Publishing. For more details see https://scholarly.info/book/guy-griffiths-the-life-times-of-an-australian-admiral-paperback/ 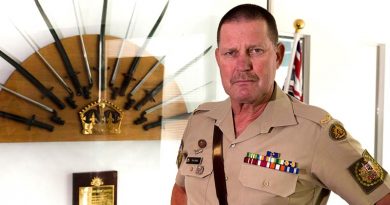 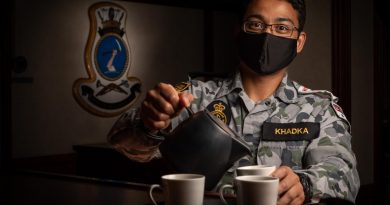 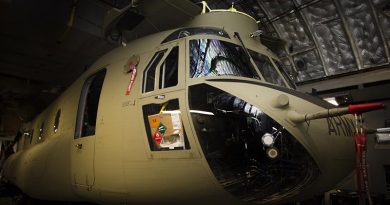