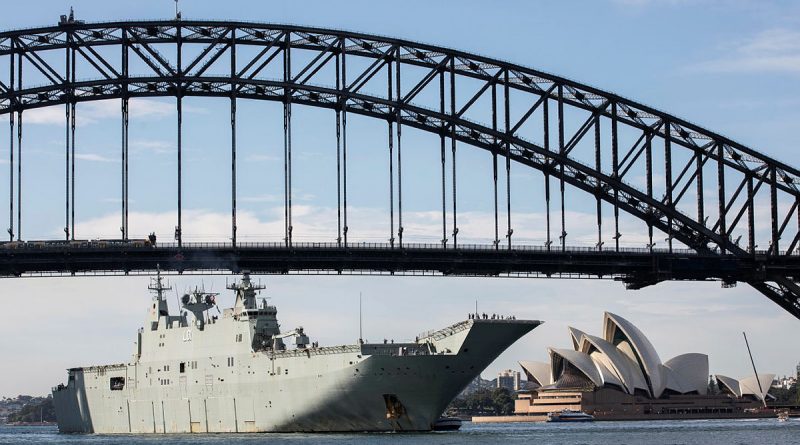 Families of the crew of HMAS Adelaide were treated to a day on board to thank them for their support during a busy year for the ship’s company.

A highlight of the April 9 family day on Sydney Harbour was when the LHD (Landing Helicopter Dock) – one of Navy’s largest warships – sailed under the Sydney Harbour Bridge.

This was a tight navigational feat requiring extensive planning.

The flight deck was full of onlookers as the ship’s mast passed under the iconic bridge with only a few metres to spare.

Sub Lieutenant James Tomlinson’s family and partner were on the ship for the day.

“My family were amazed at the size of Adelaide and were thrilled to be on board for the day,” Sub Lieutenant Tomlinson said.

“We were treated to an awesome lunch and the chefs and support operation sailors provided outstanding hospitality that my family will not soon forget.”

Last year was a busy one for Adelaide’s ship’s company, beginning with support to Operation Bushfire Assist, then COVID-19 Assist and ending with deployment on Operation Fiji Assist after Tropical Cyclone Yasa.

Adelaide returned to Australia from Fiji in February.

The Sydney Harbour cruise was a way of thanking families for their support, particularly over the Christmas period when the ship was deployed.

Families also were treated to an embarkation via landing craft into the well dock, firefighting demonstrations and fantastic views of the harbour.

Adelaide will soon depart Fleet Base East to conduct training operations before going into a maintenance period for a few months. 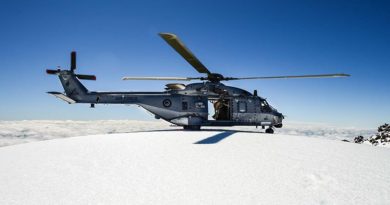