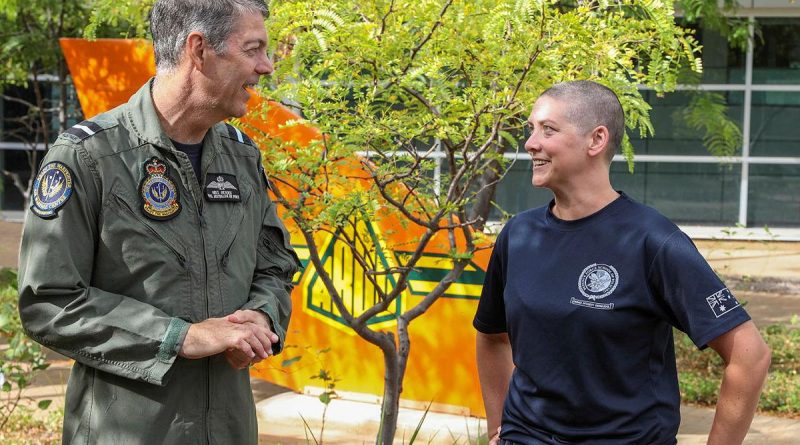 It was Flight Lieutenant Lauren Hartley’s father’s battle with lung disease that motivated her to have her head shaved to raise money for the Lung Foundation Australia.

The Air Warfare Centre (AWC) staff security officer lost her locks at a charity barbecue at RAAF Base Edinburgh on February 12, raising almost $3000 for the charity.

Flight Lieutenant Lauren Hartley said she was proud to raise money for the foundation.

“I chose to raise funds for the Lung Foundation Australia to help increase awareness about their efforts in championing equitable access to treatment and care.

“Thanks to the transplant, my dad has fully recovered and can enjoy the activities he once loved.”

Commander AWC Air Commodore Ross Bender ran the clippers over Flight Lieutenant Lauren Hartley’s head, supervised by a hairdresser from the base salon.

“I was delighted to be asked to be part of the event and show support for a great cause while having some fun,” Air Commodore Bender said.

“This event provided an excellent opportunity for the Air Warfare Centre to get together for a worthwhile cause.”

There are more than 30 types of lung disease currently impacting one in four men, women and children across Australia.

The Lung Foundation Australia is the only charity in the country providing support and a voice for people with lung disease, their families, carers, health professionals and the general community. 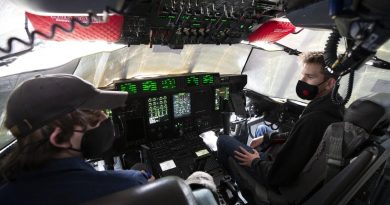 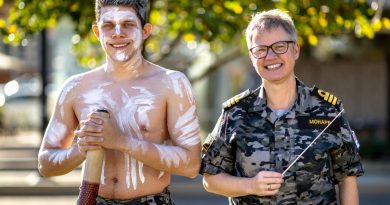 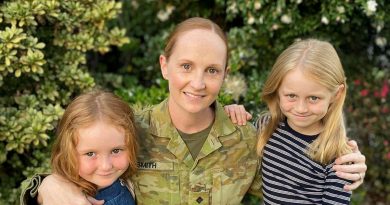