His nightmares from Vietnam, she would never understand

“Can you tell me grandad why the poppy is so red?

I’ve seen some poppies around your house, in nannies garden bed

Of every shade and colour, well, that is except red

So is there some sad reason, that will not go away

Why the only red ones that I see, are those we see today”

The aging man made this reply, “If you care to listen please

The red ones that our family sowed, now flourish overseas

For once there were two brothers, who paid a deadly toll

You’ll find their names are listed there, on that honour roll

The first one was my grandpa Ben, the other one was Jack

He guarded him from nature’s woes, in bushfire, flood and storm

And at night he’d wrap him in his arms, to keep the young one warm.

They heard their nation’s call to arms, a rally to the cause

In that noble exploit, the war to end all wars

The land that did confront them, was not the one they’d seen

On fancy tourist posters, or a travel magazine

The brothers made a fervent vow, if they in battle fell

They would stay together, to the very gates of hell

Jack went on leave, but when he came back, a tragic tale he learned

The only care in his selfless heart, was to bring poor Benny home

He found his sibling dying, then he too was cut down

They lay entwined together and as their blood did flow

It seeped upon some poppy seeds, that lay buried deep below

Just a field of poppies, waving proudly in the sun

So as we gather here in silence, on this Remembrance Day

We recall the flower of our youth, who went off to the fray

That’s why my darling grandchild, THE POPPY IS SO RED.”

Ode to an Ordinary Soldier 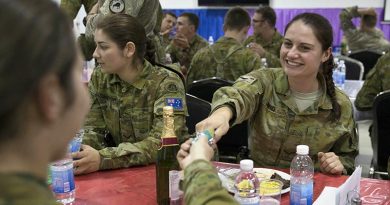 Christmas Eve in the Sand Pit 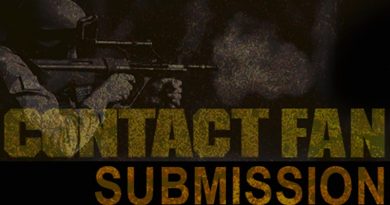 2 thoughts on “Why the Poppy is so red”