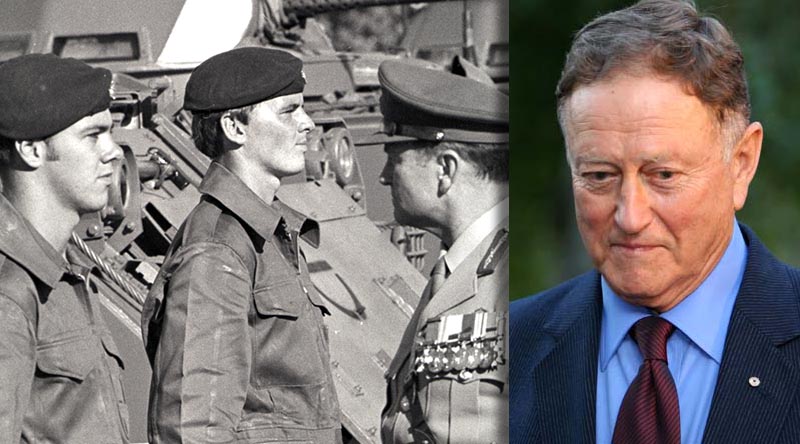 Major General R.A. Grey AO, DSO –
a salute from all his centurions, living and dead

Find me the soldier who speaks of Caesar gone
Take his name, for he is so wrong
In dreams we follow him again into the fog of war, night or day
Look and you see him here, there, and everywhere, leading the way

Hear his sharp spurs to counter fear and capture pride
Laughter and camaraderie at camp fires with centurions by his side
See his torch of honour, love of country and duty burning bright
A flame in our column forever and a day, and always in sight

Listen to the tramp of many willing feet marching as one
His stirring spirit going forward to the rhythmic beat of our drums
When the bugle calls, he is there as our flag’s raised high
His legions, eager for life, yet when duty calls, ready to die

Have no doubts, our beloved Caesar will always be there
Mid the ranks of today’s warriors standing fast and soon to dare
Now go find me the soldier who says Caesar has gone
Take his name, for he is so, so wrong
.
Hail Caesar

A Tribute to Our Caesar in Khaki and Jungle Green
Major General R.A.Grey AO DSO –
Posted to Valhalla 20 January 2022

Caesar was our God, and his bible was to be read and obeyed. It included commandments on many essentials so critical in war. He was tough and demanding. Failure was not included in his dictionary.  He was never forgiving in regards incidents of poor leadership, and always was his interest in the welfare of his soldiers, as well as an ability to recognise individual weaknesses to be rectified and strengths to be exploited.  Caesar never asked a soldier to do what he as a leader had not already done, and quite often led the way with soldiers who were yet to meet their first challenge.

He administered military justice with the wisdom and force of Solomon and more often than not it was severe. Always was his objective to achieve a very high standards of battle discipline, be it peace or war – and he did.  He was very much admired by his troops; however, as is the way when enduring physical and mental challenges in a harsh and unforgiving environment, there were a few who had different views. Their service was brief.

From a young lieutenant in Korea commanding an infantry platoon, then later as Chief Instructor of the Battle Wing at Canungra preparing troops for operations in Vietnam, followed by commanding an infantry battalion in Vietnam and ultimately as a General in charge of Australia’s Field Force.  In all commands, he left huge footprints for all who would follow.  A further challenge confronted him when the government of the day selected him to command Australia’s Federal Police where yet again he was held in high regard.

So many soldiers who served under him, no matter when or where, still remember him with much admiration and respect. Perhaps such reflection from far distant years is the most powerful accolade that any group of veterans could bestow. 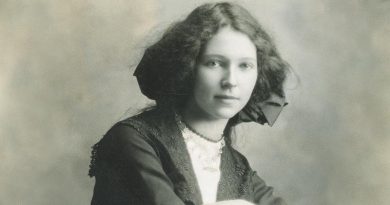 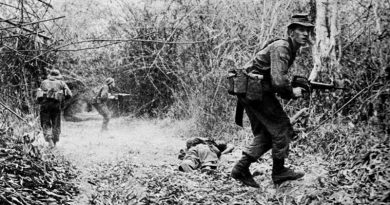 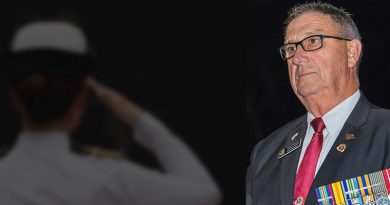