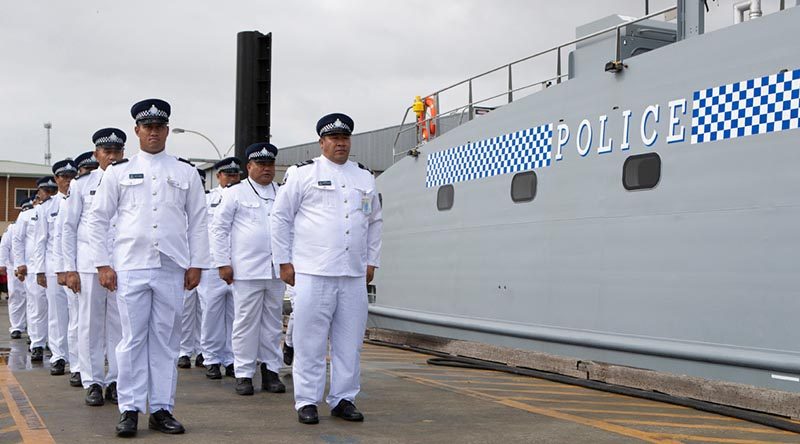 The fourth Guardian-class patrol boat built under the Pacific Patrol Boat Replacement (SEA3036) Project was formally handed over to the government and people of Samoa today at Henderson in Western Australia.

Minister for Defence Industry Melissa Price welcomed the Samoan delegation and congratulated them on their new capability, designed and built by Australian company Austal.

“I am honoured to host the Deputy Prime Minister and Commissioner of Police, along with the crew – including the first three female officers of the Samoa Police Maritime Wing – who are training with our Navy in preparation for the journey home,” Minister Price said.

“This is the second time we’ve gifted a patrol boat to Samoa.

“The first time was more than 30 years ago, when Australia gifted a Pacific-class patrol boat to the Samoan Police Service’s maritime wing.

“It was named after Nafanua, the famous ‘Warrior Princess’ of Samoan mythology.

“The legend is that it was her responsibility to protect her family and save her village from enemies.

“It’s a fitting name for a patrol boat that, for more than three decades, provided maritime border security, search and rescue, and monitoring of illegal fishing.

“We know the importance of protecting borders and safeguarding your exclusive economic zone — which is vital to livelihoods and your economy.

“It’s why, for more than 30 years, we’ve helped Pacific Island countries — like Samoa — maintain its maritime sovereignty, and we will continue to do so for many years to come.

“Our Pacific Maritime Security Program makes sure of that.

“The Guardian-class Patrol Boat that we hand over today is the fourth of 21 vessels being delivered to 12 Pacific Island countries and Timor-Leste.

“It offers significant improvements in capability, particularly in the areas of range, endurance at sea, seakeeping and crew facilities.

“It will serve Samoa for, at least, the next 25 years, which means, in an increasingly challenging environment, Samoa can continue to patrol and secure its maritime borders.”

“The strong and enduring security partnership we have with the Samoa Police Service is evident as we deepen our defence cooperation through the exchange of the Guardian-class patrol boat under the Pacific Maritime Security Program,” Minister Reynolds said. 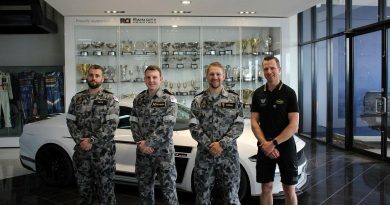 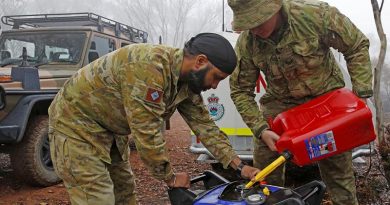