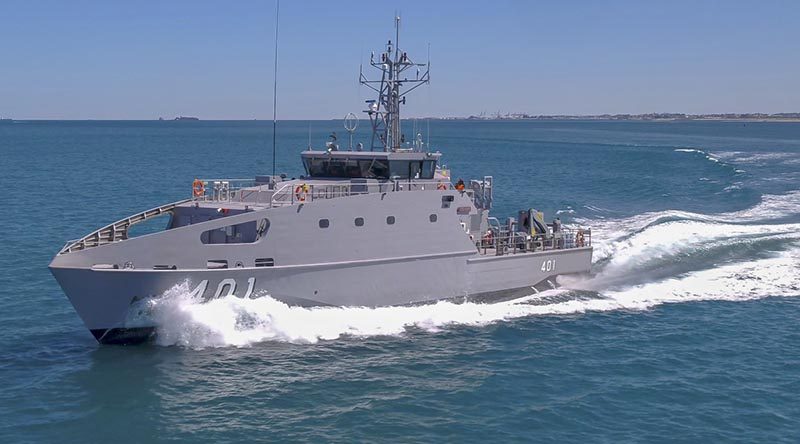 A new Guardian-class patrol boat built by Austal in WA was today gifted to the Kingdom of Tonga.

Assistant Defence Minister and Minister for International Development and the Pacific Alex Hawke, who represented the Australian government at the official ceremony said the Guardian-class patrol boats would make an important contribution to regional security.

“Tonga is one of Australia’s key partners in the Pacific region and we work closely together to address regional maritime security threats,” Minister Hawke said.

“Tonga’s military plays an important and active role in the security of the region.

“The enhanced capabilities of the Ngahau Koula, together with other maritime-surveillance and law-enforcement operations, contribute to the Pacific community’s efforts in securing the sea.”

The Guardian-class patrol boat handed over today will replace one of three Pacific-class patrol boats donated to Tonga under Australia’s Pacific Patrol Boat Program between October 1989 and March 1991.

Minister for Defence Linda Reynolds, who didn’t attend today’s handover, said the replacement of the pacific patrol boats was an important part of the government’s $2 billion 30-year commitment to the Pacific region under the Pacific Maritime Security Program.

The first Guardian-class Patrol Boat was gifted to Papua New Guinea last year and the second to Tuvalu in April this year.

Guardian-class is based on Austal’s patrol-boat design platform, originally developed for the Australian Customs Service (now Australian Border Force) and is 39.5m long with a beam of 8m and a loaded draft of 2.5m.

It is capable of traveling at 20 knots, and at 12 knots possesses a 3000 nautical mile range.

Each vessel can accommodate 23 people. 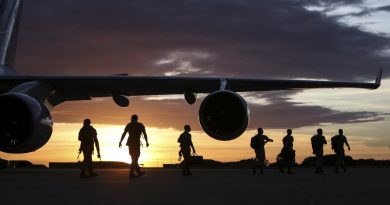