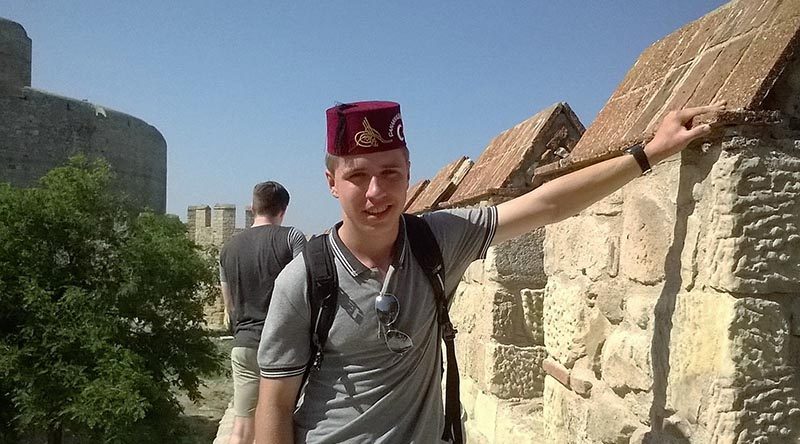 In this time of the commemoration of the Centenary of Anzac, how does the rising generation of Army Cadets fathom what took place four generations ago?

One way is to go with a set of current and past Army Engineers and other Army Cadets and walk the battlefields of Gallipoli. The second is to research a VC winner from the campaign and see where his actions took place.

Cadet Under Officer (CUO) David Neilson from 13 ACU Toowoomba was one of eight Army Cadets from around Australia selected to travel to Turkey and the Gallipoli peninsula to tour the spiritual home of the ANZACs.

Before he went on his odyssey, CUO Neilson researched how the then Lance Corporal Leonard Keysor, won his Victoria Cross during the Battle of Lone Pine in August 1915. On his return to Australia, CUO Neilson wrote an essay on his trip and research.

In his essay, CUO Neilson noted Keysor wasn’t actually employed as a rifleman at Lone Pine but as someone who would pick up the grenades thrown into the Australian’s trenches, and then throw them back to the Turkish lines.

“Lance Corporal Keysor was at that time the grenade thrower for his company – his main role on the battlefield wasn’t to fight, but to instead lob the grenades into the Turkish trenches,” CUO Neilson wrote.

“Over the course of 50 hours, under fire from not only rifles but grenades, Keysor darted through the trenches, taking Turkish grenades that had landed in the Australian trenches and lobbing them back.”

CUO Neilson went on to explain how Keysor met each of the Army’s values of Courage, Initiative, Teamwork and Respect.

He found after his VC research, tour of the battlefields and cemeteries, three words will mean so much for him each ANZAC Day and Remembrance Day – Lest we forget.

By Cadet Under Officer David Neilson

Last year during June, I had the unique and incredible opportunity to travel to Turkey, and the Gallipoli peninsula, as part of an AAC attachment to a historical tour group, consisting of past and present members of the Corps of Engineers, commemorating the spiritual formation of the Corps. On the 11th of June, the other Cadets and I travelled to Istanbul and from there to the Gallipoli peninsula.

During the course of the tour, we visited numerous battlegrounds and cemeteries along the Gallipoli peninsula, including the Nek, Shell Green, Anzac Bay and Lone Pine. As we came to each site on the tour, we were given a lesson about the campaign, and its significance to each individual site.

Not only did we visit the graves of ANZACs, but we also visited the Canakkale Martyrs Memorial at Cape Helles, a Turkish war memorial. By not only visiting ANZAC, but also Turkish war memorial and cemeteries, we gained a greater understanding of the tremendous loss of life experienced by all nations involved – 8000 Australians, 2000 New Zealanders, 34000 British and a staggering 68,000 Turkish. This was reflected in our visit to the Gallipoli Kabatepe museum, which offered a rare insight into the campaign from a Turkish perspective, which we normally would never experience in Australia.

Born in England, Keysor, immigrated to Australia shortly before the First World War began, enlisting in August 1914 and serving in Egypt. Present during the landing at Gallipoli, Keysor took place in the subsequent fighting, before being promoted to Lance Corporal on the 20th of June 1915. Keysor then fought in the Battle of Lone Pine, where he received his Victoria Cross.

Lone Pine was a significant feature on the Gallipoli peninsula – located on the second ridge of three on the Peninsula, it had a commanding view of the surrounding landscape – being able to see as far south as Gaba Tepe, a headland which lay kilometres away from Lone Pine. The plateau it was on, 400 Plateau, joined “Bolton’s Ridge” to the south with the ridge overlooking Monash Valley to the north. From this strategic position, Lone Pine could fire upon a significant portion of the ANZACs lines. However, it was not the main focus of the overall tactical position – it was a diversionary move to draw attention away from the main assault at Sari Bari, Chunuk Bair, and Hill 971 – the failed “August Offensive.” Despite the overall offensive being a failure, the Australian forces managed to secure the position at Lone Pine and hold it for the rest of the Gallipoli Campaign.

Lance Corporal Keysor was at that time the grenade thrower for his company – his main role on the battlefield wasn’t to fight, but to instead lob the grenades into the Turkish trenches. Over the course of 50 hours, under fire from not only rifles but grenades, Keysor darted through the trenches, taking Turkish grenades that had landed in the Australian trenches and lobbing them back. In some instances, the fighting was so compact and intense that a grenade would travel between trenches three times before exploding. It was in these conditions, with fighting often going on around him and constantly being bombarded by grenades, that Keysor earned his Victoria Cross. Over the course of about 50 hours, Keysor continually risked his life to pick up the Turkish grenades that had fallen into the trenches and throw them back. Later, even though he was wounded and had been ordered to seek medical attention, he continued to remain in the lines, throwing bombs for another company.

The courage that Keysor displayed during the course of the 50 hours where without pause, he continually risked his life for his fellow soldiers is simply indescribable. Without being present on the battlefield, at night, with the smell of gunpowder and blood thick in the air, one can only imagine to the best of their ability what it was like to be there during the battle, let alone fighting in close quarters for over 50 hours. Keysor’s valour under fire is greater appreciated when you realise that it was not just because of orders that he did this – his refusal to leave the lines while his fellow soldiers and mates were fighting and dying, despite being ordered to, and despite his wounds.

Through his actions, he exemplifies the Australian Army values of Courage, Initiative, Teamwork and Respect – a role model all should look up to. Courage – in the face of fire and the risk of the grenades detonating before he threw them, knowing full well he was in serious danger. Initiative – taking the initiative in continually, without hesitation, throwing grenades back over to the Turkish trenches. Teamwork – working with his fellow soldiers to protect the trenches which so many had already died to take. And Respect – making the conscious decision to actively and continually place his own life in danger to protect his own mates.

The experience of going to Gallipoli, and learning of the battles and actions that occurred there, and seeing the battlegrounds and cemeteries in person has been a life changing experience.

Seeing these places in pictures, or video is one thing, but physically walking between the tombstones, walking along the sites of the trenches where so many were lost is completely different, and is eye opening in every aspect.

From now, the three words most synonymous with ANZAC and Remembrance Day have even more meaning than before – Lest We Forget.. 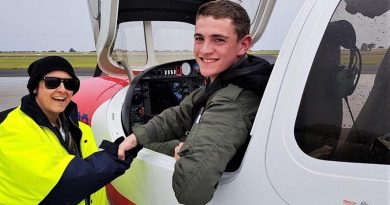 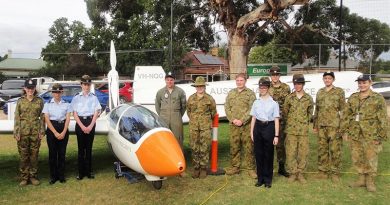 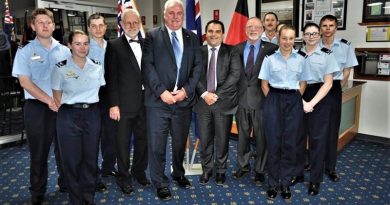