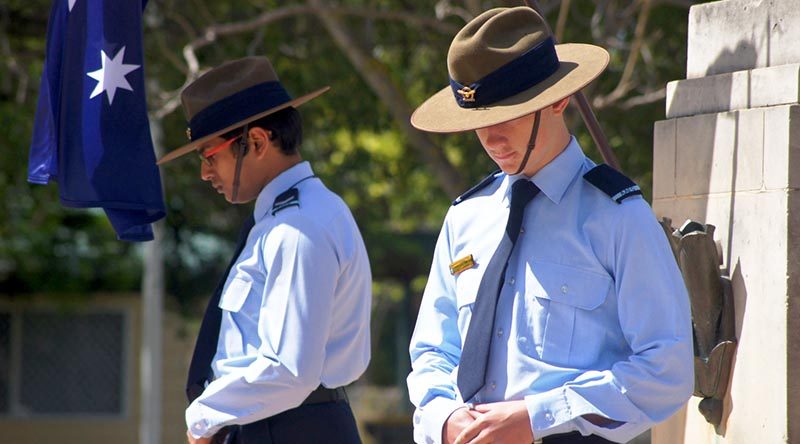 604 Squadron of the Australian Air Force Cadets (AAFC) has continued its tradition of supporting the National Malaya-Borneo Veterans Association of Australia (SA/NT Branch).

This year, members of the Australian Air Force Cadets from 6 Wing (South Australia) participated in two ceremonies – overseas in Malaysia and locally in Adelaide.

Firstly, a tour was conducted to Kuching in Sarawak, Malaysia by 36 RAN, Australian Army and RAAF veterans of the Malayan conflicts, with several family members and friends also travelling from SA, NT, WA and NSW.

In the same ceremony, a memorial plaque was unveiled in the Hero’s Graveyard of the Sarawak Hero’s Memorial Park in Kuching. Five Air Force Cadets from 6 Wing provided the catafalque party for the service of commemoration and plaque unveiling.

Then, on Saturday 17 September seven Air Force Cadets from 6 Wing were on duty as the NMBVAA (SA/NT Branch) held a local commemoration ceremony at the West Torrens War Memorial Gardens in Hilton in Adelaide.

The service was conducted in the presence of His Excellency the Governor of South Australia, the Honourable Hieu Van Le AC.

In this ceremony in Adelaide, the Cenotaph carried the flags of Australia, Malaysia and Sarawak. In 1965-66, Australian troops had deployed to the First Division of Sarawak on Borneo as part of an Australian commitment from the 28th Commonwealth Infantry Brigade to guard an important line of approach from Indonesian territory to Kuching, just 50 km from the border.

This continued an earlier association – at the end of World War 2, Sarawak was liberated by Australian forces and the Australian National Flag was hoisted in the capital Kuching on 11 September 1945 as Sarawak was placed under Australian military administration.

The Australian Flag was replaced by the Sarawak Flag when civil government was restored on 15 April 1946.

The AAFC Activity OIC Flight Lieutenant (AAFC) Lawrence Ng said of the cadets’ participation in the Sarawak ceremony: “An historical event for the AAFC, our Cadets mounting a Commemoration Catafalque Party overseas – a proud moment for AAFC 6 Wing”.

Mr Lim Kian Hock of the Sarawak Tourism Federation, and one of the key organisers of the activity in Kuching, said: “Dear Friends, We are grateful that the above Reunion and Commemoration have been an unqualified success due to the great assistance, support and goodwill from you all. We are but an instrument. You have inspired the Australian pride in Borneo”.. 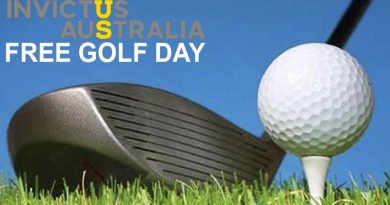 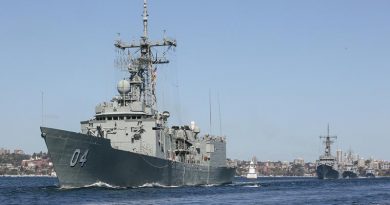 HMAS Darwin heads home to Sydney for the last time 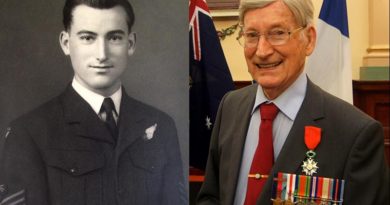