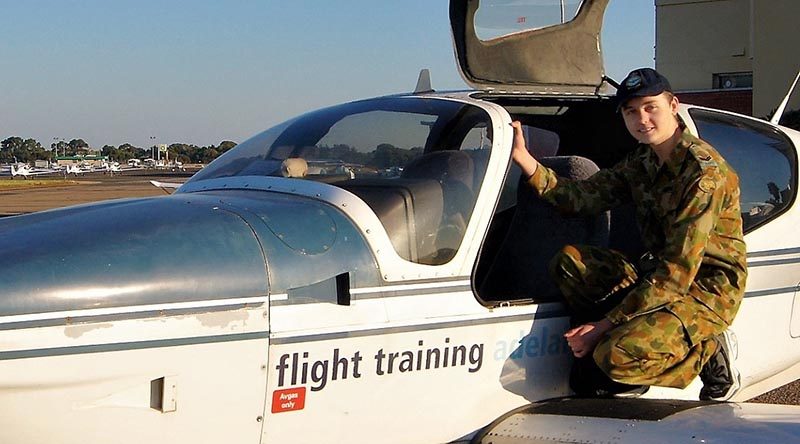 Among the participants were Cadet Corporal Ben Anderson from No 608 Squadron, South Australia’s sole powered flying scholarship recipient for 2018, and Cadet Corporal Tomasz Kocimski from No 604 Squadron, aged 16 and already a solo pilot.

Flying training is a very individual experience – all people progress at different rates. And the instructors from No 600 (Aviation Training) Squadron are very aware of this, and tailor the tuition to meet the needs of the trainee pilots.

For cadets like CCPL Anderson, the BFT1 provided ab-initio training in accordance with the Civil Aviation Safety Authority (CASA) training syllabus as an introduction to the flight training process.

The focus is on pre-circuit flight training, and covers topics such as effects of controls, straight and level flight, climbing and descending, turning, stalling, consolidation and introduction to the circuit.

On the other hand, CCPL Kocimski was able to further develop the skills he had already acquired.

Last year he completed his aviation subjects through the AAFC home training curriculum and privately completed his first solo flight in a powered aircraft.

Then during a gliding camp in October he completed the Gliding Federation of Australia (GFA) training syllabus and went solo in a DG-1000S glider.

That’s a great achievement just in itself – to achieve double solo status in both power and gliding before even getting his ‘L’ plates for a car.

CCPL Kocimski has previously spoken on radio about this achievement – listen to the interview here.

This CASA licence allows him to fly as pilot in command a single-engine aircraft, with passengers, up to 25 nautical miles from the departure aerodrome.

“The instructors were helpful and created the perfect environment for learning.

Flying Officer (AAFC) Paul Rosenzweig, 6 Wing Public Affairs & Communication Officer said that to be awarded this licence and ‘wings’ was a huge achievement, particularly for a 16-year-old young adult.

“Congratulations Tomasz, and also many thanks to the team at No 600 (Aviation Training) Squadron who have supported Tomasz on this incredible journey,” he said. 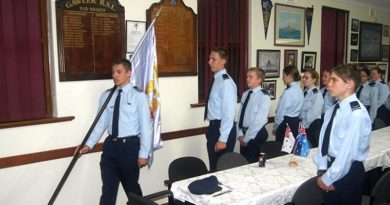 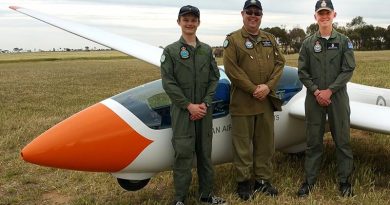