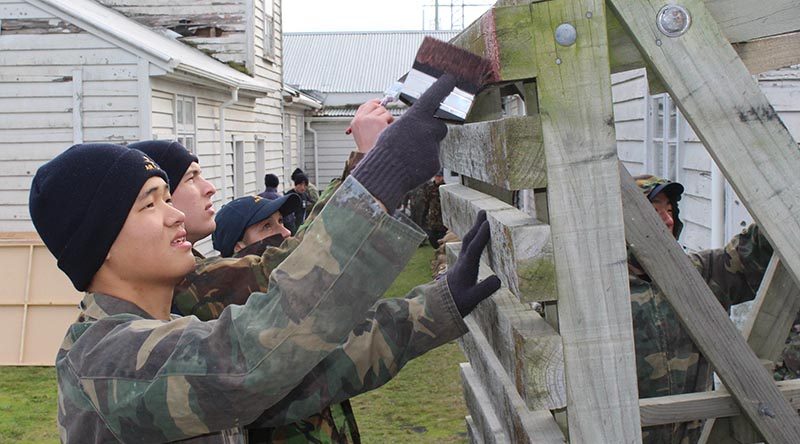 Forty-nine Royal New Zealand Air Force recruits have helped the Marlborough Garrison Society to restore some of the buildings that were once part of World War 2 RNZAF station Omaka.

The recruits spent time preparing the ground for foundations, painting, clearing gutters and sanding weatherboards in preparation for painting.

Air Force recruit courses (there are three a year), are divided into flights, each of which is given a name that reflects historical aircraft, bases, people or events that are significant and relevant to the RNZAF.

“Delta and Omaka were busy and historic Marlborough RNZAF stations throughout World War 2 and something we wanted the trainees to learn more about.

“In the early stages of this recruit course I saw something on social media about how the Garrison Society needed some help to restore the former Omaka buildings and surrounds and transform it into New Zealand’s only working World War 2 military base.

“I couldn’t let this opportunity slide, especially since with a flight named Omaka. I contacted the society and offered our help,” he said.

F/S Walshe said recruits get a great sense of pride and achievement from helping the local community and putting something back into it.

“Community service is integrated into recruit training as it allows our recruits to increase their sense of belonging to the community and give something back to the region that has and continues to offer so much to the RNZAF,” he said.

Learning the history and traditions of the RNZAF is a crucial objective throughout recruit course training, and trainees are required to give a presentation to staff and course mates on the history and background of their flight name.

“To be able to know who we are and where we have come from helps bring a sense of pride in our service and gives trainees an insight into the organisation that they have decided to commit to,” said F/S Walshe.

The R2/16 Recruit Course will graduate on 12 August at RNZAF Base Woodbourne.

Base Woodbourne is where it all starts for Royal New Zealand Air Force personnel and has been used to conduct recruit training for over 60 years. The facilities at Woodbourne have been designed and are purpose-built for induction training and to meet other RNZAF training requirements.. 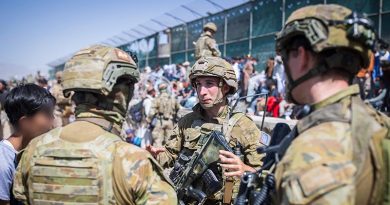