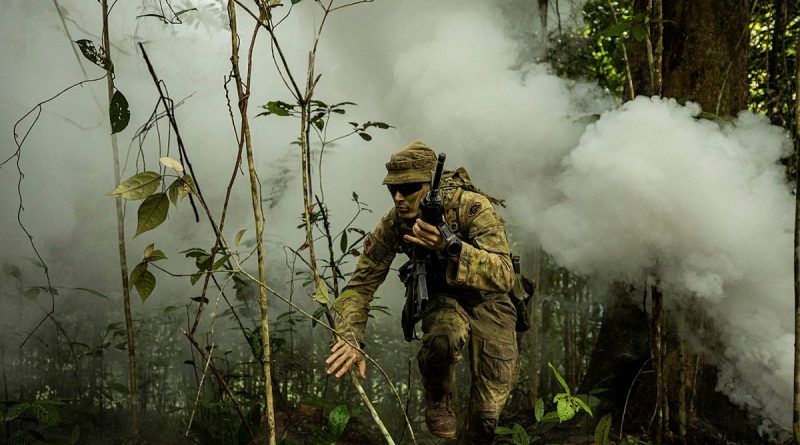 Last conducted in Australia in 2019, Exercise Mallee Bull was back with a bang in 2022. Hosted by the RBLF, a contingent of soldiers, predominantly from Townsville’s 2nd Cavalry Regiment, transited from Rifle Company Butterworth Rotation 137 to take part.

With a limited training window and under tough conditions, the soldiers blended their sections to create two diverse platoons.

“As soon as we arrived in barracks on day one, that relationship kicked off and it was really solidified as we got into the jungle and shared hardship,” Lt Toohey said.

“It was excellent to see the bonds and the relationships they formed so easily and quickly.”

After an exhausting infill through thick vegetation and muddy slopes, the platoons began day two with a valuable and unique lesson on jungle survival from the Special Task Platoon.

“We were lucky enough to have lessons from experts in survival. It was a highlight, and something valuable that we’re going to take back to Australia,” Lt Toohey said.

Soldiers were shown how to build and solidify shelters, how to identify safe nourishment, set hunting traps, and even got to try out some of the native delicacies, including lychee, fish, plants and bugs.

Lt Toohey, who was first to tackle the taste test – with mixed reviews – said the experience and knowledge was invaluable.

“I had a go at the local version of a witchetty grub,” he said. “It was very gooey… I definitely won’t be asking mum to serve that up on Christmas day, but the fish and other jungle game was excellent.

“I am just amazed by their ability to survive in the jungle; these are really good general soldiering skills to have.”

RBLF Platoon Commander Lieutenant Najib said he was proud to share their survival skills with the Aussie soldiers and to see their keen interest.

“I think its great sharing knowledge; there’s no need to keep it to ourselves, specifically on survival, which is a key takeaway that can be applied in other locations,” Lt Najib said. Building up to the culminating assault, Lt Najib said the two platoons leveraged their camaraderie to execute a successful clearance under physically challenging conditions.

“We decided to combine our models when delivering orders to ensure a better understanding and to be prepared for a counter-attack, but the final attack was great; it went well and went according to our plan,” Lt Najib said.

“I respect the Australians’ dedication to finish this exercise; even when [it is difficult] we keep going on because of our discipline, and it helps to be integrated well during hardship.”

Lt Toohey said the sense of accomplishment, pride and teamwork was felt throughout the platoons.

“The jungle in Brunei is harsh, however, it’s a feeling of accomplishment to master it and be able to operate effectively,” he said.

“Our section commanders worked closely together and on H-hour everything went well; we synchronised the assault and it was an absolute pleasure working with the Bruneis.”

After a successful clearance and closing ceremony, Lt Toohey said he was proud of his soldiers and was confident the relationship the two nations had built would endure.

“I was very proud as an Australian Army officer to see my soldiers work so well with another nation’s Army and for the assault to go so fluidly,” he said.

“It was an excellent bilateral opportunity. It was challenging, and we got a lot out of it.

“Those bonds and relationships are forged now and it won’t take much to pick up again when Mallee Bull happens next, even if it’s five years down the track.”

The soldiers moved back to barracks at Camp Lumut to complete a series of urban training before returning to Malaysia.

Exercise Mallee Bull is set to return to Australia next year. 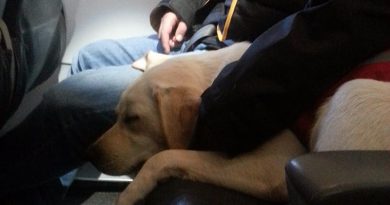 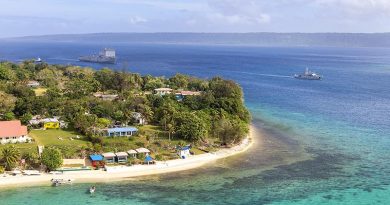