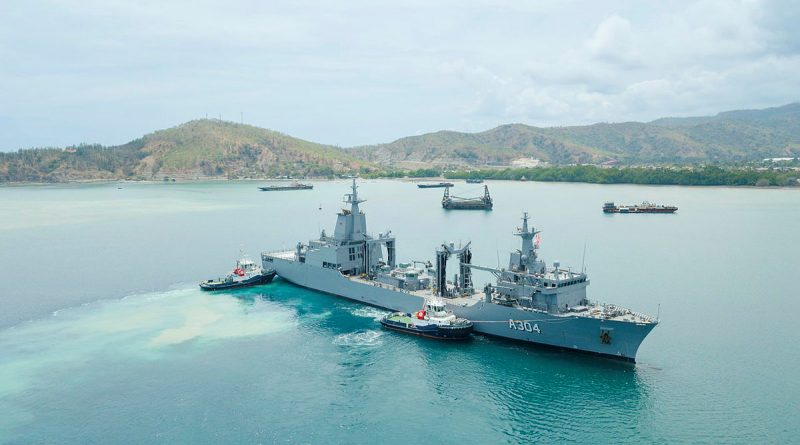 For Brigadier Malcolm Wells, returning to Timor-Leste for Indo-Pacific Endeavour (IPE) more than 20 years after his first deployment to the country was a time of reflection.

The locals are resilient and continually work towards a brighter future, in which Brigadier Wells said he believes Australia, and the ADF, play a significant part.

“When I think of what the future for the relationship between Australia and Timor-Leste could hold, I first have to look back to when I was last here 20 years ago. I could not have imagined the thriving and successful country Timor-Leste would become,” Brigadier Wells said.

“I led Australia’s first training team with the Timor-Leste Armed Forces (F-FDTL) at Metinaro training camp as it was being built.

“So to come back this time and see the huge progress at the camp, as the professional hub of the F-FDTL, as well as the two decades of strengthened and strengthening friendships and partnerships between the ADF and the F-FDTL, is absolutely remarkable.

“IPE brings the full range of ADF capabilities to work with our partners here in Timor-Leste, demonstrating our shared commitment to a free, prosperous and open Indo-Pacific region.”

The secret to the success of IPE’s first visit to Timor-Leste is the well-established relationships built by the Defence Cooperation Program. Headquartered in Dili, the program is one of the largest in Australia’s near region.

The program sets the groundwork for Australian defence cooperation with Timor-Leste, with activities such as IPE enhancing these already proven relationships through military activities and engagements with the local community.

The visit to Timor-Leste involved a multitude of activities in a few short days, including key leadership engagements, community, band and school engagements, maritime law seminars, a gender, peace and security activity with female members of the F-FDTL and Maritime Police Unit, an official reception on board HMAS Stalwart and friendly but competitive soccer matches between Australian and Timor-Leste representatives.

A series of firsts

Stalwart’s visit was its first to a foreign port since commissioning in 2021, the first to Timor-Leste by a Royal Australian Navy vessel following the signing of the new Defence Cooperation Agreement in September, and the first since borders were closed in 2020 due to COVID-19 restrictions.

It was also the first vessel to come alongside at Dili’s new Tibar Port.

Timor-Leste Minister for Defence Brigadier (retd) Filomeno da Paixão de Jesus attended the official reception on board Stalwart and said he was happy to share a meal with Australian friends.

“It is very important for us to welcome the visit of the ADF at this very moment when also Exercise Hari’i Hamutuk has just ended, as well as the important moment when they can come to commemorate INTERFET,” Brigadier Filomeno da Paixão de Jesus said.

“We talked about Defence, the Defence Cooperation Agreement between Australia and Timor-Leste, as well as the Status of Forces Agreement, which will make our bilateral relations very strong.

“It is therefore very important to deepen our relations so that in the future, as a neighbouring country together with Australia, we can find security and peace in this region where we live together.”

Visiting primary schools across Dili, the team delivered books and soccer balls before taking the students on in a few games of school yard soccer.

Lieutenant Kyle Johnston was part of the team and said visiting Dili was an eye-opening experience for many members.

“We came over to play a game of soccer with the local defence force team but we’ve also had the opportunity to go around to different schools and get out in the community and do some really meaningful community engagement,” Lieutenant Johnston said.

“Walking through the streets of Dili, it’s just taken us all back to the resilience of the people here.

“After everything they have been through and how happy the kids are, laughing and playing regardless of all the things happening around them, it’s amazing to see.

“When we got to the schools, the atmosphere was absolutely amazing before we even got out of the cars – the kids were laughing and screaming, but at the same time, as soon as anyone said anything, they were just so respectful and so humble as well.

“It really just made us look back at where we’ve come from as well, seeing the amount of passion they have on a daily basis.”

The school visits were a prelude to the team’s main match, with the 1st Brigade team taking away a 3-0 win over the F-FDTL.

This followed the Cosgrove-Xanana Shield, an annual match between the F-FDTL veterans and INTERFET advisers teams to commemorate the anniversary of the INTERFET mission and honour the contributions of veterans to Timorese independence.

Brigadier Wells said it was a fitting end to IPE engagements in the country.

“It was a sporting match that was fiercely competitive, but played among friends,” Brigadier Wells said.

“So many of the ADF personnel here as part of IPE are back again, renewing old friendships, and as our service personnel continue to experience working in this part of the world with friends, the strength of those relationships will continue to grow.

“And so when I look 20 years into the future, I can only imagine that this growth will continue on the same track. I’m full of hope for what Timor-Leste looks like in 20 years and I know that the ADF looks forward to being part of that journey with Timor-Leste.” 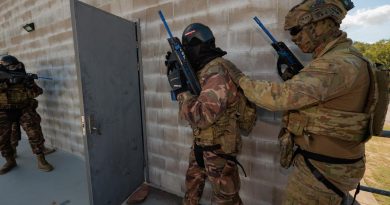