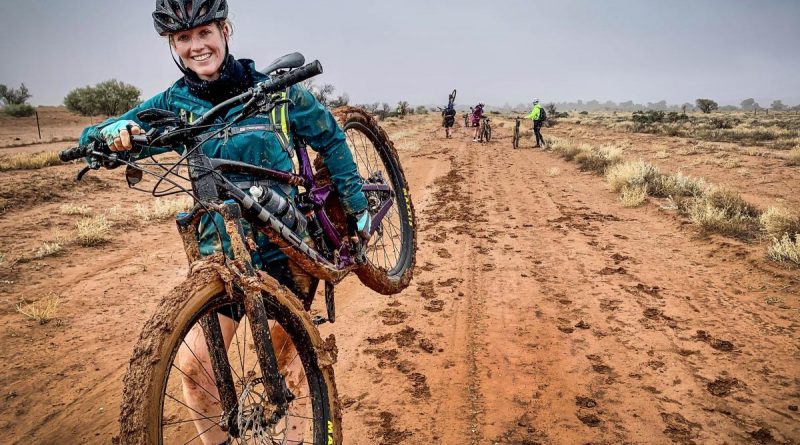 The all-female ‘WINGs in the Eyre 22’ cycling crew put the brakes on during their expedition to speak with Commander Defence Space Command Air Vice Marshal Cath Roberts.

CAPTION: Flying Officer Kaylee Verrier carries her bike through some muddy terrain during the adventure-networking expedition. Story and photo by Corporal Melina Young.

Activity organisers chose Air Vice Marshal Roberts because she is a female trailblazer and an inspiration for the group.

“I found it very inspirational talking to the WINGs team as they went through such a demanding experience,” Air Vice Marshal Roberts said.

“Their main take-out really resonated with me – every time you have a plan, you have to re-plan. The team got through the challenging experience by working as a team and building their resilience – that is our philosophy in establishing Space Command, too.”

“When I signed up, I aspired to be the Chief of Air Force, but I had someone tell me ‘You can’t do that, you’re not a pilot’,” Flying Officer Verrier said.

“Then I watched Air Vice Marshal Roberts, the most senior female aerospace engineer, smash all stereotypes and prove it doesn’t matter what background you are, you can reach star ranks and take command.

“I loved the fact that she really pushed when people said no.

“She just turned around and said ‘Well, yes, I can do this, that’s not going to be a problem’.

“She stuck her ground, and if you know what you want, you can get there.”

Flying Officer Verrier linked the conversation with Air Vice Marshal Roberts to the cycle challenge, saying the key was perseverance and keeping your head in the right place.

“I was nervous about the mental challenge I was going to face and how physically demanding the cycling would be, but I was surrounded by women who were willing to support me, and now I’ve fallen in love with riding,” she said.

Flying Officer Verrier said the cycling expedition was not what she imagined.

“I was expecting something that was going to be physically demanding, just a long bike ride – but what I got was this mental, emotional, spiritual connection with the land, with Australia, and a whole bunch of women,” she said. 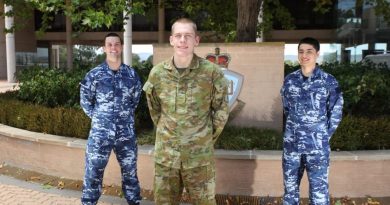 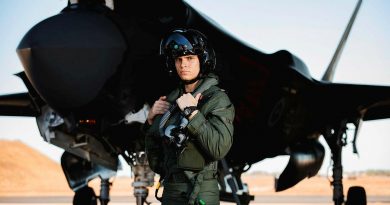 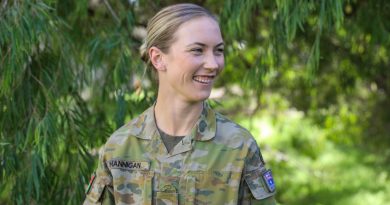