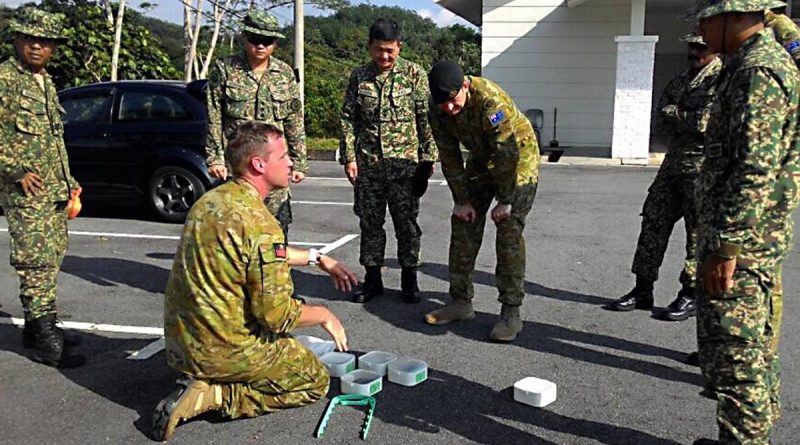 A soldier was recognised in this year’s Queen’s Birthday honours for his determination to improve Army’s explosives detection dog (EDD) capability.

Warrant Officer Class Two Cameron Elliott received an Order of Australia Medal for dedication across several postings at the School of Military Engineering.

One area he dedicated time to was rewriting the military working dog doctrine.

This included WO2 Elliott helping develop policy for care and welfare for all Army canines, then implementation and training techniques for EDDs.

“There’s a saying that if three handlers are having an argument, the only thing two of them agree on is that the other one is wrong,” he said.

“So we would reach out to dog sections asking about how they trained and what needed to be put into doctrine.”

This resulted in aspects that previously weren’t proscribed – such as buried hides, low odour and personnel search – being included.

“That means once those guys who went to Afghanistan and other operations leave Army, their knowledge won’t be lost and we can continue to develop training from it,” WO2 Elliott said.

He deployed to Afghanistan as a dog handler in 2008, then went on to prepare and certify teams before they deployed.

During his time at the school, WO2 Elliott encouraged handlers returning from Afghanistan and Iraq to share what they had learnt and incorporate it into training.

Last year, instructors running the basic handler course continued to improve scenarios, according to WO2 Elliott.

“We went from doing a simple search at a race track during my basic course, to now having role players and casualties that the handler needs to think about as well as the threat within the search area,” he said.

“That was directly related to corporals coming back and saying, ‘this is what I dealt with – how do we bring it into training?’

“I think it helped having supervisors that were open to their ideas and willing to back them.”

WO2 Elliott recently clocked up 24 years in the Army and loves the varied nature of working with canines.

“You can train a dog and it will be doing something perfectly one day, then the next it’s completely forgotten,” he said.

“Or you work on something for a week and it won’t remember anything; then one morning it will just click and get it.

“We have taken dogs out of the pound that somebody didn’t want, then six or seven months later, it’s going to Afghanistan to serve in the Defence Force.”

While humbled to receive the award, WO2 Elliott said the real reward was working with some of the “world’s best” dog handlers.

“Someone somewhere said, ‘Cam and his team did well’, and in that way I got the award,” he said.

“But there were a lot of good people that did a lot of the work under my command over the years.

“We had guys that went overseas and showed their skills in front of other nations and we were getting reports on how fantastic they were.” 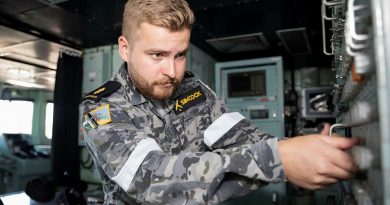 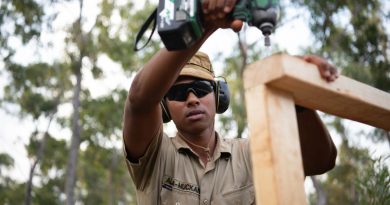 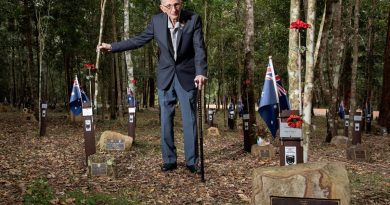