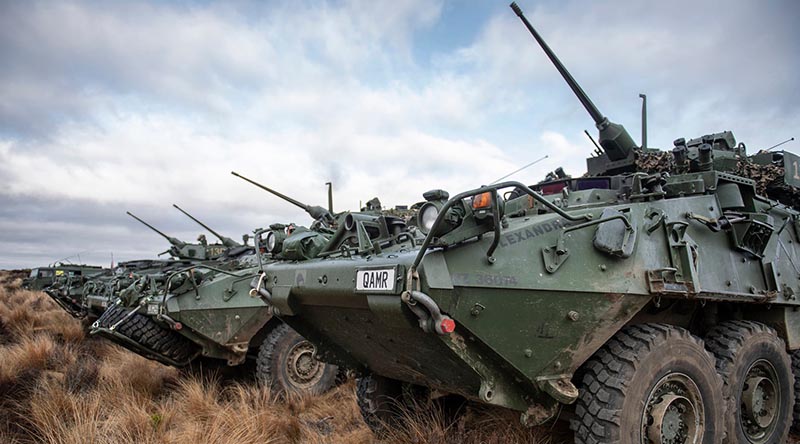 The New Zealand Defence Force has finalised a sale of 22 surplus New Zealand Light Armoured Vehicles (NZLAVs) to the Chilean Navy for use by their Marine Corps.

The sale is worth US$19.855 million with the vehicles to be shipped to Chile in two tranches, one this year and one in 2023.

Commander Defence Logistics Command Commodore Andrew Brown said it was pleasing to get a sale negotiated for the vehicles.

“Eight more NZLAVs remain on the market to sell,” Commodore Brown said – [if anyone wants one 😉 ].

“The prospect of a sale to the Chilean Navy has been under consideration and negotiation for over two years, with a number of NZ and foreign-government consents required before any sale could be finalised.”

NZDF bought 105 NZLAVs in 2003 – one was written off after being badly damaged in Afghanistan and one is being used in Canada as a test vehicle.

Commodore Brown said 73 NZLAVs would continue in service with the NZ Army.

NZDF said analysis undertaken in 2008-09 concluded that the Army had more NZLAVs than necessary to fulfil government-directed outputs.

In 2012 the government determined that the number of NZLAVs be reduced, and that 20 would be made available for potential sale.

Chief of Army Major General John Boswell said the NZLAV fleet continued to be critical to Army’s ability to provide the New Zealand government with a combat-capable military response option for use alongside allies and partners.

“[This] sale still allows the Army to maintain a range of capabilities and offer a number of potential deployment options, including domestic disaster response, regional security missions, and peacekeeping through to combat operations,” Major General Boswell said.

NZLAVs were built in Canada by General Dynamics Land Systems.

The sale to the Chilean Navy was brokered by Canadian Commercial Corporation, a Canadian-government organisation that supports international trade arrangements.