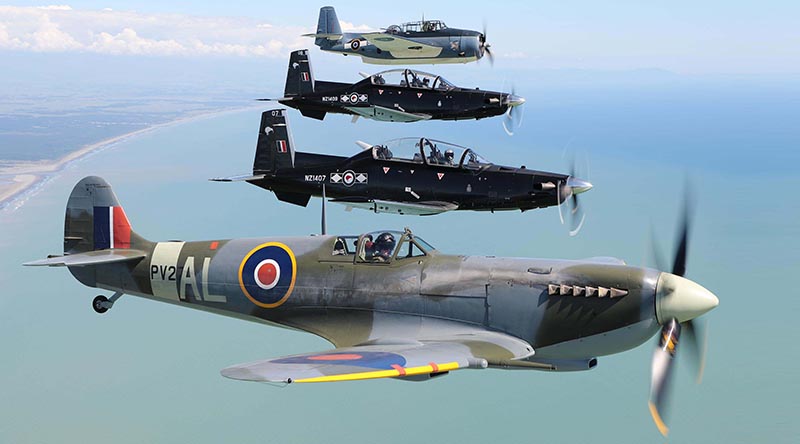 New Zealand’s military aviation heritage will now be on regular display throughout the country with the establishment of the four aircraft-strong Air Force Heritage Flight of New Zealand at Royal New Zealand Air Force (RNZAF) Base Ohakea in the Manawatū.

The purpose of the Flight is to commemorate and sustain the memory of New Zealand’s military aviation heritage, and to remind New Zealanders, friends and allies of our past shared sacrifice and continued commitment to global security.

Heritage Flight replaces the former RNZAF Historic Flight, and is a collaborative venture between the RNZAF and civil organisations that operate aircraft relevant to the RNZAF’s heritage.

RNZAF will provide the pilots to fly the aircraft and the intent is to conduct flypasts, displays and static displays throughout New Zealand.

The Flight Commander, Squadron Leader Michael Williams, says the unit hopes to bring a sense of pride, respect and esprit-de-corps to their flying displays, while honouring those who originally flew these aircraft in World War II.

“Through Heritage Flight we can add value for the RNZAF through external engagement both internationally and domestically,” he said.

“Heritage Flight aircraft are also tangible reminders to those currently serving in the NZDF of our core values of Courage, Commitment, Comradeship and Integrity, which continue to underpin all that we do.

“Avenger 18 is particularly poignant for the RNZAF as it was in the original aircraft that RNZAF aircrew were shot down and killed during an operation in the Pacific.