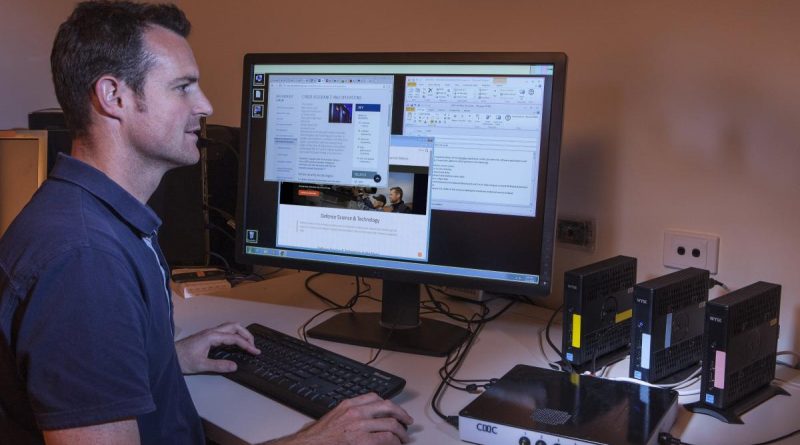 The scientists, with the Commonwealth Science and Industrial Research Organisation (CSIRO) and partners in academia, have developed the Cross Domain Desktop Compositor (CDDC), which is in the running for a Eureka Prize.

The computing device allows information and systems to remain physically separated from networks that are accessible to hackers while enabling users to interact seamlessly with and across those systems. Data is kept safe and usability is enhanced, resulting in faster and more effective decision-making processes.

The CDDC was originally conceived and prototyped as a hardware-only device by Mark Beaumont, of DSTG, who explained why it was so important to Defence.

“But for large organisations that need to put in place more advanced security arrangements, like Defence, ensuring that information is secure might entail a trade-off that makes it harder for employees to do their jobs.

“Sometimes it makes sense to impede the flow of data inside an organisation intentionally by preventing computer networks from communicating with each other. Within many classified organisations, networks with different security classifications are isolated. This approach greatly enhances security but is sub-optimal in terms of productivity.”

To overcome this challenge, collaboration between DSTG, CSIRO and Associate Professor Toby Murray, from the University of Melbourne, led to developments that underpinned the mathematically proven security of the CDDC.

“The world is more connected and reliant on online data and services than ever before, making those services an attractive target for hackers,” Mr Beaumont said.

“Data is key for sectors like Defence, critical infrastructure and finance, where there’s a need to process and share information, while still keeping it safe.

Mr Beaumont and Professor Murray worked together to redesign the CDDC to include software components, increasing its flexibility and therefore enhancing usability. Later research by Professor Murray and University of Melbourne colleague Robert Sison resulted in the development of methods to prove that the device’s software-based design was secure.

“The strong collaboration between Defence, CSIRO and university partners highlights the importance of leveraging expertise where it exists,” Mr Beaumont said.

“The CDDC is a great example of complementary research. We would not have been able to achieve the outcomes and the level of security required for Defence without all of the partners in this project working together.”

The ground-breaking research has been recognised with a nomination for the Eureka Prize for Outstanding Science in Safeguarding Australia.

“While it’s a privilege to be selected as a finalist, it’s actually recognition of a much greater team effort and the strength of the research partnership,” Mr Beaumont said.

The CDDC is undergoing a technology-transition process from laboratory research to prototype, with a production-ready device expected in the first half of next year. 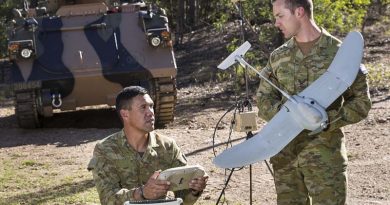 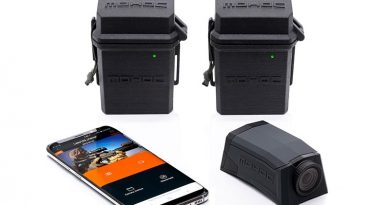