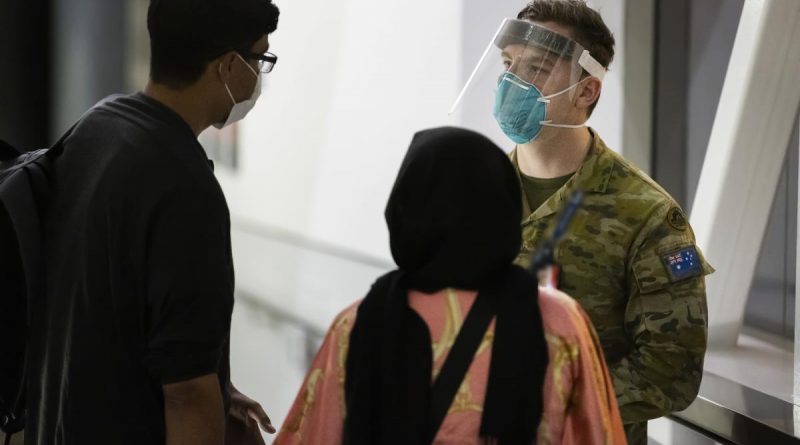 Thousands of men, women and children evacuated from Afghanistan have been assisted by multiple agencies on arrival at Australian airports.

After one flight landed, Private Jemma Fulton, of the 1st Joint Movement Unit (1JMU), gave a friendly wave to a group of women in headscarves and guided them towards immigration.

“It’s really rewarding to help people,” Private Fulton said. “That’s why I joined the ADF in 2017.”

1JMU facilitated the movement of Afghanistan evacuees from the ADF’s main operating base in the Middle East to Australia.

Flight Lieutenant Joshua Suh, also of 1JMU, said it was humbling to help Afghanistan evacuees relocate to a safer place.

“It’s a whole joint effort to get people to Australia, off the aircraft, through the airport, into a bus and into hotel quarantine,” he said.

Australian citizens and approved foreign nationals were greeted with personal care packs and small gifts, such as blankets, books and toys.

The son of a nurse donated his entire Matchbox car collection when he heard about the airlift. Children were seen clutching the toy cars and a little girl found comfort wrapped in her new blanket.

The evacuees showed their gratitude with nods, bows and hands on hearts.

“The ADF teams are spectacular. Everybody is keen and everybody is working together. They come from all over Australia to do a task for Australia.”

COVID-19 precautions were a constant from beginning to end.

“It’s good to support our country and help those in need. I assisted with airport arrivals last year as well,” he said.