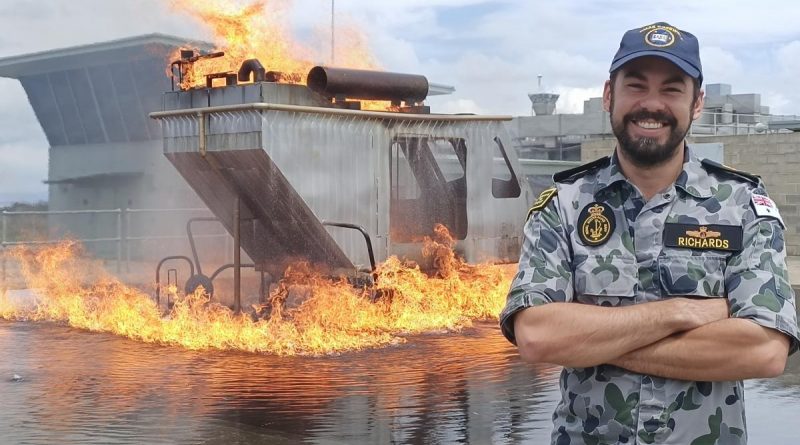 Two Navy personnel are finalists in their category in the annual Engineers Australia Engineer of the Year awards.

CAPTION: Chief Petty Officer Damien Richards, pictured, and Lieutenant Commander Wesley North are finalists in their category in the Engineers Australia Engineer of the Year awards. Story by Dallas McMaugh.

Lieutenant Commander Wesley North is a finalist for the Engineer of the Year Award – Western Australia, and Chief Petty Officer Damien Richards has made the shortlist for the Queensland Young Engineering Associate of the Year category.

The awards recognise innovators, problem-solvers, outstanding individual engineering achievements and the engineering professionals who show resourcefulness in their work.

Lieutenant Commander North has had extensive engineering, leadership and management experience across Anzac-class frigates and Collins-class submarines, both at sea and in engineering support and management roles ashore.

He is regional manager for the Fleet Support Unit in Western Australia, where the 300-strong Navy technical workforce provides high-end maintenance, repair and fabrication services to ships and submarines.

Lieutenant Commander North said it was an immense professional and personal honour to be nominated for the award.

“[Those systems are] critical to the defence of Australia and its people, so being selected as a finalist is a valuable opportunity to celebrate, not just my achievements, but those of the wider engineering team that surround me.”

Chief Petty Officer Richards joined the Navy as a marine technician in 2006 and is now a senior instructor at the Royal Australian Navy School of Survivability and Ship Safety in HMAS Creswell.

He also is completing a Masters of Systems Engineering through the University of NSW.

His award nomination recognises his previous work as the HMAS Cairns Fleet Support Unit (FSU-NE) Electrical and HVAC Support Element group manager in improving the processes and documentation for the condition-monitoring (CM) capability.

He had identified FSU-NE was losing its CM capability when he took it upon himself to review the processes in place.

“I liaised with other regions to merge existing FSU documentation, improve safety risk assessments and develop work instructions to ensure industry best practices and standards were being used in the conduct of CM,” he said.

“Implementation of the CM plan will see significant cost savings through removing the need for unnecessary maintenance.

“While cost is a significant factor, the true benefactor will be the reduction of materials and components used because of a reduced need for unnecessary replacement.” 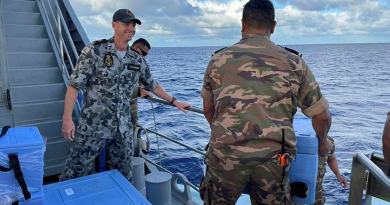 CSM for CPO for creative response to volcanic havoc 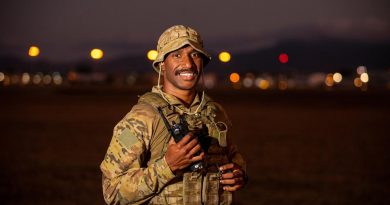