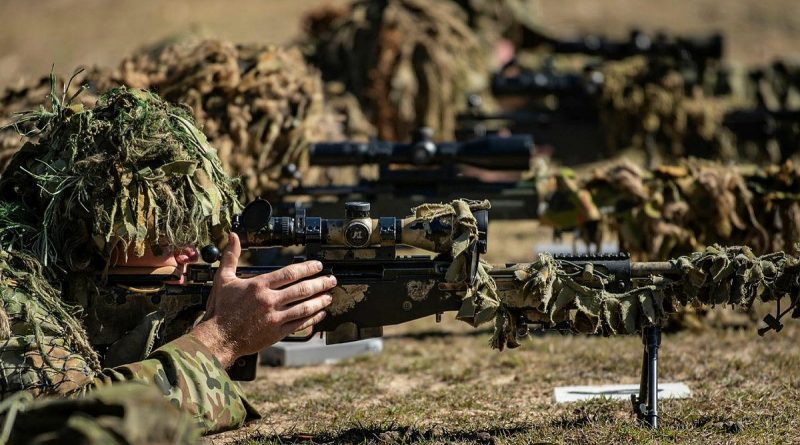 Following weeks of theory lessons and tests on base, soldiers on the 6th Battalion, Royal Australian Regiment’s (6RAR) Basic Sniper Course honed their marksmanship skills with the SR98 sniper rifle.

CAPTION: Soldiers from the 6th and 8th/9th Battalions, Royal Australian Regiment, conduct the live-fire phase of the Basic Sniper Course with the SR98 sniper rifle at the Greenbank Training Area. Story by Captain Taylor Lynch. Photo by Private Jacob Hilton.

The course participants deployed to the Greenbank Training Area last month to conduct the second module of the highly competitive course.

The course covers all elements required to become a sniper in the Australian Army, with participants developing day and night navigation skills in the first module while being assessed on their character.

The second module is more practical. It assesses candidates’ abilities over a range of skills-development challenges that include navigation, observation, optics, judging distances, camouflage and concealment, and stalking an enemy.

It culminates with the soldier completing a full mission profile to finish the course.

The full mission profile is often the most challenging part of the course, with participants navigating, stalking and neutralising a target, then extracting themselves, all without being seen.

At the completion of the course, only a few soldiers will be identified as suitable for employment as a sniper team leader to work within a small team environment. Warrant Officer Class 2 (WO2) Celso Perez outlined the qualities 6RAR was looking for when selecting soldiers to become snipers.

“A sniper in the Australian infantry is an adaptive soldier, armed with refined technical, tactical and logistical skills to carry out their mission,” WO2 Perez said.

“Most importantly, they must be a critical and creative thinker, which is necessary to work successfully in a sniper cell.”

WO2 Perez also described the role of a sniper on the modern battlefield, emphasising that sniper teams have to adapt to ever-changing operational environments.

“Legacy sniper teams were broken down into two-man teams – a shooter and a spotter. To keep up with ever-changing threats and operating environments, today’s sniper teams are deploying in different configurations, such as four- to six-man teams.

“It also allows them to stay on target for longer periods of time.”

6RAR’s Basic Sniper Course concludes in the Wide Bay Training Area, where only 20 per cent of participants are typically selected to commence employment in the battalion’s sniper cell. 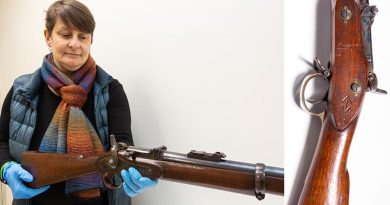 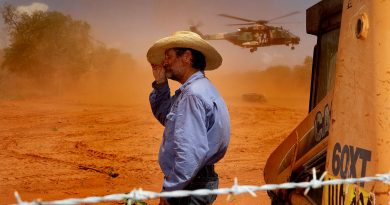 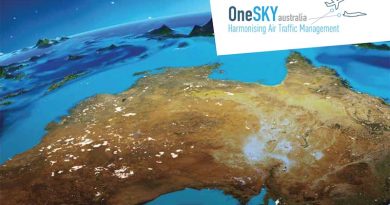