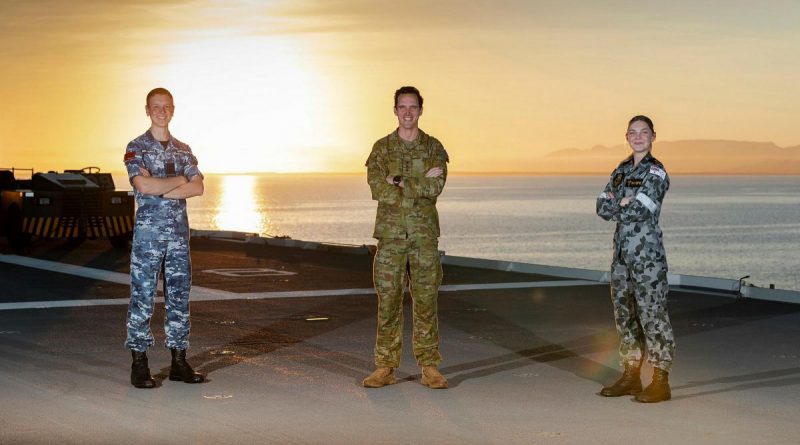 Along the coast from the Northern Territory to NSW, the dust settled and members of international forces started to catch their breath as Exercise Talisman Sabre 2021 (TS21) on July 31 drew to a close.

Seven nations sent military forces to test their abilities to operate together across the traditional operating domains of sea, land, and air, as well as on the new frontiers of information/cyber and space.

While COVID-19 reduced personnel numbers, it added to the complexity and the ability of all nations to plan complicated manoeuvres while protecting the health and safety of their forces.

This year’s exercise included some of the most realistic and challenging training activities yet, spreading even further across Queensland than in previous years.

Nearly 17,000 personnel from Australia, the United States, Canada, Japan, the Republic of Korea, New Zealand and the United Kingdom worked, trained and fought side by side.

In the first few days of the exercise, each nation focused on foundational training to get the multinational forces reading from the same playbook.

Sailors, soldiers, and aviators of each nation made brief introductions, brushed up on their tactics and skills and took the first steps on what would become a steep learning experience.

Within days, they were live-firing – a symbol of the action set to play out on the battlefield.

In a first for Australia, the US Army launched the MIM-104 Patriot surface-to-air missiles at the Shoalwater Bay Training Area on July 16.

The next two days involved a barrage of munitions from land, air, and sea, culminating in an awesome display by the US High Mobility Artillery Rocket System (HIMARS).

Not only spectacular to watch, the live-fire activities ultimately showed that the forces of the seven nations could operate as one to produce a coordinated and staggering result.

Things ramped up again in the second week with the collective training; engineers paired with infantry, explosive detection dogs alongside amphibious elements; and special forces worked in the air and in the shadows.

As the complexity of each event built, so did the threat scenario.

It is a series of structures built for soldiers to fight through the streets and buildings of a simulated town.

At sea, the air and maritime assets engaged in high-end warfare training above and below the waves off the Queensland coast.

Meanwhile, a US Air Force B-52 Stratofortress bomber joined the latest Australian aircraft in a simulated long-range strike.

In the third week, the combined forces orchestrated all of these moving pieces in a complex opposed scenario involving real Queensland communities like Bowen, Ingham and Cairns.

Forces in the community fought their way through a scenario designed to test their skills at the highest level.

For the first time in history, Australian, US, Japanese and UK amphibious forces operated from the same ship.

Inland, Alaskan paratroopers embarked in a C-17A Globemaster in Darwin to drop onto farmland thousands of kilometres away in Charters Towers.

Not to be outdone by their counterparts operating across the physical domains, the cyber and information warfare operators sharpened their skills.

Just like the real world, the exercise scenario was tested through simulated social media and traditional media.

Tactical leaders saw their decisions tested – with their failures tipping social media sentiment towards the opposing force, only to see it swing back again through public support for the mission.

TS21 Exercise Director Air Commodore Stuart Bellingham and his US counterpart Colonel Jerry Hall were at the forefront of the planning and execution of the exercise from its beginning.

Both praised the efforts of all nations involved.

“We want people to be free, we want free trade, to sail, fly anywhere in the Indo-Pacific region without having to worry about the security situation. That is our shared vision and why we work together.”

“TS21 has been a tremendous success,” he said.

“I applaud what our international forces have been able to accomplish together in the past three weeks.

“I am particularly proud of the many milestones we have achieved this year, including the US Patriot missile launch, the HIMARS tactical airlift, and the first ever employment of the US Space Force in an international exercise.” 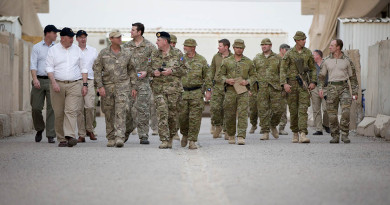