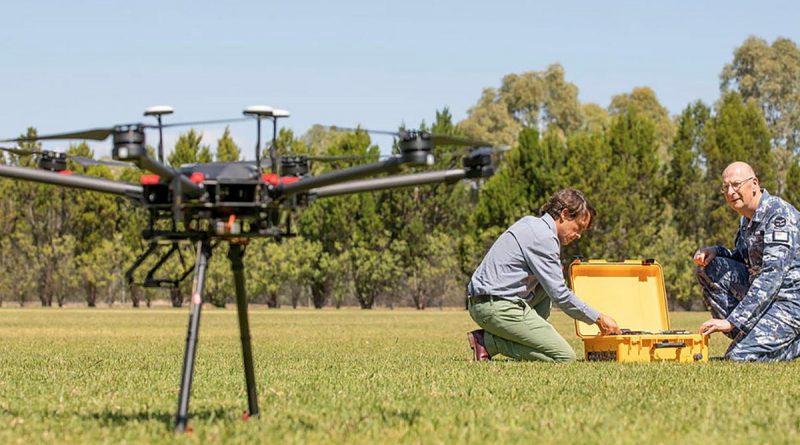 A collaboration between the Royal Australian Air Force’s Air Warfare Centre (AWC) and Defence Science and Technology Group (DSTG) has culminated in the creation of a drone detection system.

The Windtalker, designed and created at DSTG Edinburgh, is a real-time sensor that can monitor airspace for uncrewed aerial vehicle activity and then stimulate algorithms for the purposes of detection, recognition and decision-making.

Gordon Sherlock, from DSTG, spoke highly of the growing relationship between DSTG and the AWC.

“In late 2019, DSTG and AWC entered into a memorandum of understanding to assist in realising mutual engineering benefits for both organisations,” Mr Sherlock said.

“The staff at the Air Warfare Centre are renowned for their professionalism, skills, knowledge and technical ability.

“I have seen first-hand how the AWC avionics technicians have brought transferrable skills to the team and how the Air Force’s robust training continuum complements the wide array of tasks required to be performed at DSTG.”

In order to keep communication open between the two organisations, Ant Perry recently took on the role of science and technology adviser to the AWC.

“It is a great privilege to take on the role here at the Air Warfare Centre and be able to contribute to some really worthwhile projects,” Mr Perry said.

“Unmanned aerial system misuse can cause safety issues and security concerns for the Australian Defence Force and the Windtalker drone sensor detection system provides users a common operating picture of the airspace.

“Unlike the US Department of Defense drone detection system, the Windtalker here in Adelaide has incorporated the additional functionality of an ADS-B receiver that will allow us to track the flight path of ADS-B-equipped aircraft within range of the Windtalker.

“The Windtalker system is evidence of the win-win DSTG and RAAF partnership.”

Working at DSTG, Corporal Stan Filipek said he was pleased to be one of the uniformed members representing the AWC.

“At DSTG, I facilitate the manufacture of technical componentry and assembly of electronic components,” Corporal Filipek said.

“It has been exciting to be a part of the partnership between the two agencies.

“I like to think of the Windtalker project as a representation of the fruits of our labour.”

The AWC exists within Air Command and is critical to establishing the Air Force as a modern and fully integrated combat force that can deliver air and space power effects in the information age.