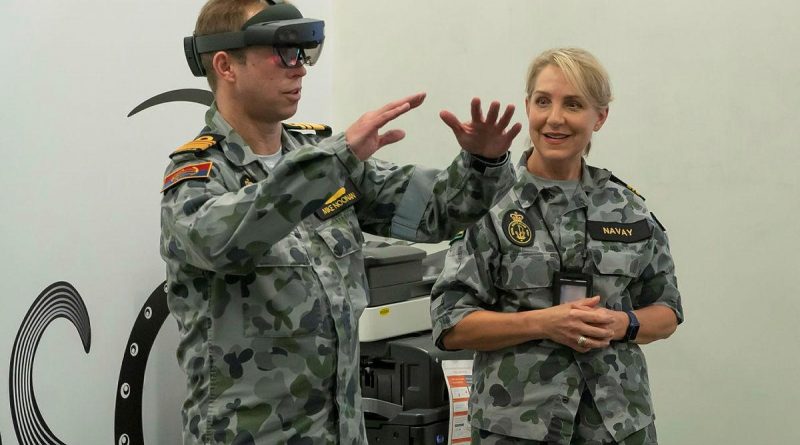 A new augmented reality platform has the potential to take some Navy training out of the classroom and into a hands-on combined physical and augmented environment.

The technology being trialled by Navy’s Centre for Innovation (CFI) could also transform the way Navy people conduct maintenance and repair tasks.

Deputy Director Navy Innovation Commander Steve Thompson said the augmented reality (AR) technology was like having an instructor beside you in real-world situations.

“If you’ve ever taken a training course for a job-related task, chances are you’ve forgotten a few steps by the time you need to apply what you learned,” Commander Thompson said.

“With AR googles you can troubleshoot maintenance and repair issues in real time.

“For example, you can view a virtual engine right next to a real engine and see how everything is supposed to fit together.

“You can work hands-free without needing to refer to a manual.

“A trial on this was run last year on the LM2500 engines.

“Even a total novice like me could put on the headset and actually see how the job’s done from an expert’s perspective.

“This has the potential to change the way we do training, making it more efficient, effective and enjoyable.”

Last month, 10 sailors and officers from different training authorities were invited to the CFI.

They spent two days learning to use the intuitive software and had two weeks to build real-world use cases.

By the end of the event, the participants in just a few hours were building training and maintenance scenarios for practical tasks like electrical power isolation, fibre optic maintenance, 3D metals printing, and machinery maintenance. 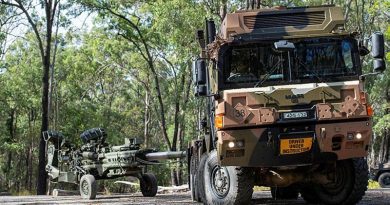