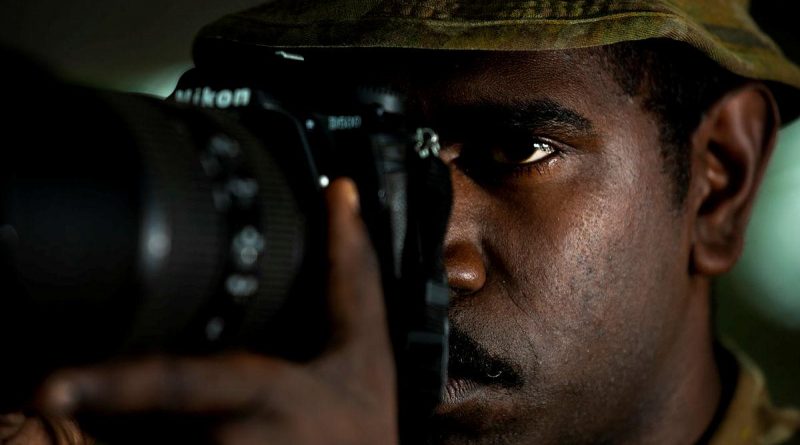 The two sounds rang out in quick succession as a radar lets a soldier know it had spotted movement on the water.

Another operator then finds the vessel and photographs it.

Within minutes, information on the boat is passed to Canberra, while local Australian Border Force (ABF) officers move to where the vessel is expected to arrive.

Most people in the boats have been locals transiting between islands in the Torres Strait, but ABF officers are ever vigilant, making sure no-one crosses from Papua New Guinea into Australia.

The well-oiled routine has been practised many times over in the past weeks and Boigu Island locals who wander down to the jetty will often see an ABF officer next to a soldier, chewing the fat as they watch the approaches to the island.

They’re all deployed on Operation Overarch, the Australian Government’s commitment to stopping the flow of people – and potentially COVID-19 – from Papua New Guinea into Australia.

It’s run by the Australian Border Force, with support from Maritime Border Command, located in Canberra, which includes staff from the departments of Home Affairs, Defence and Foreign Affairs and Trade, among others.

The soldiers on Boigu Island are used to working covertly, hiding in the bush on islands throughout the strait and watching for illegal activities, working in concert with other ADF or ABF assets.

He said the two agencies’ capabilities complemented each other well.

“We’re here for surveillance, while Border Force can do policing and enforcement,” Corporal Blanco said.

“We’ve all fit in really well and the community has really accepted us being here.”

While they can’t tell you the capability of the radar they have running every day and throughout the night, the soldiers did say it packed a big punch for the size of the package.

Combined with their sharp eyes and the variety of optic technology they have at their disposal, nothing moves on the water without one of the soldiers noticing and documenting it, then passing the information on.

But their efforts are only part of the picture.

Elsewhere in the strait, a number of ABF and ADF vessels prowl the waters.

A little over 50km away, on Saibai Island, Border Force officers patrol the streets, integrating into the community and protecting it.

Aircraft, both fixed and rotary-wing, patrol the skies.

The crews of each have one simple message for anyone looking to cross the border: not today. 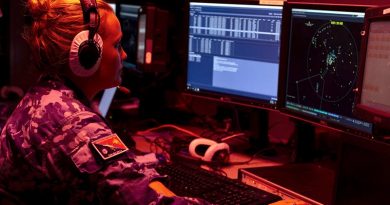 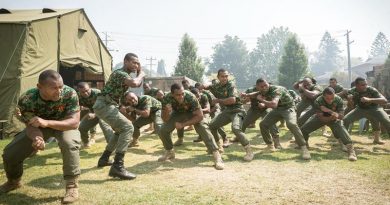 2 thoughts on “Keeping watch in the Torres Strait”