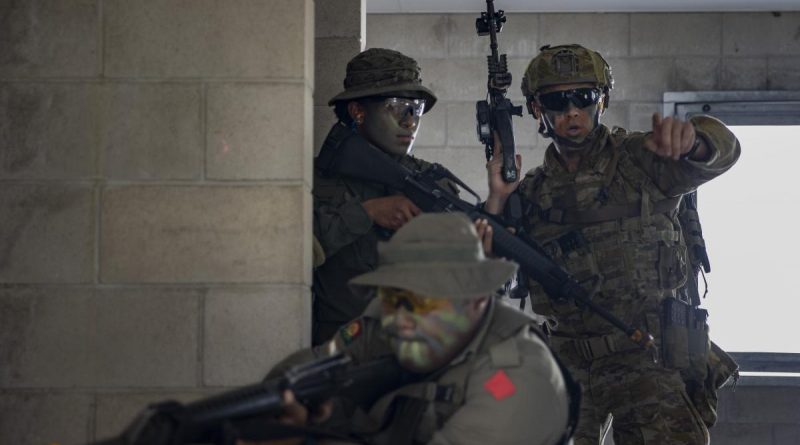 Thirty-seven members of the RFMF are being hosted by Alpha Company (A Coy), the 8th/9th Battalion, Royal Australian Regiment (8/9RAR).

Officer Commanding A Coy 8/9RAR Major Joseph Carman said the training serial at the urban operations facility at Gallipoli Barracks on March 25 was designed to foster deeper cooperation between the two nations.

“We spent the week before integrating and developing those teams and the time spent in the urban operations training facility was the application of that team work.

“We had sections led by soldiers from Fiji and with the second-in-command (2IC) being Australian and vice versa, sections led by an A Coy soldier with the 2IC being a soldier from the RFMF.”

“My soldiers were happy to actually be walking through the facility, a training area similar to ones we could be deployed to in the future,” Captain Harry said.

“They really worked well together – the Australians and the Fijians have built up better relationships as a result.”

Major Carman said the exchange of knowledge worked both ways during the urban combat serials.

“We had an opportunity to learn about their (Fijians’) techniques, tactics and procedures and vice versa,” he said.

The military skills training featured other serials including combat shooting.

Captain Harry said he believed Exercise Coral Soldier would allow for much greater cooperation between the RFMF and the Australian Army in the future.

“The guys are happy to be part of Coral Soldier, because we believe it will assist us in the future if we do go out into operations together with the Australians,” he said.

“It will allow for that interoperability between us.”

CAPTION: Soldiers from the 8th/9th Battalion, Royal Australian Regiment, and the Republic of Fiji Military Forces wait for their turn to undertake the urban warfare tactical assault component of military skills training at Gallipoli Barracks. Photo by Nicole Dorrett.

Open letter to Chief of Army re death symbology ban 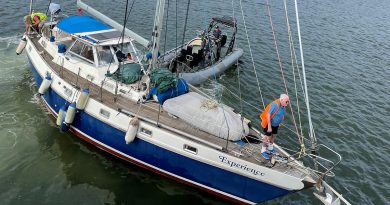 Near miss for HMAS Childers in Cairns

Land Forces expo promises to be bigger than ever