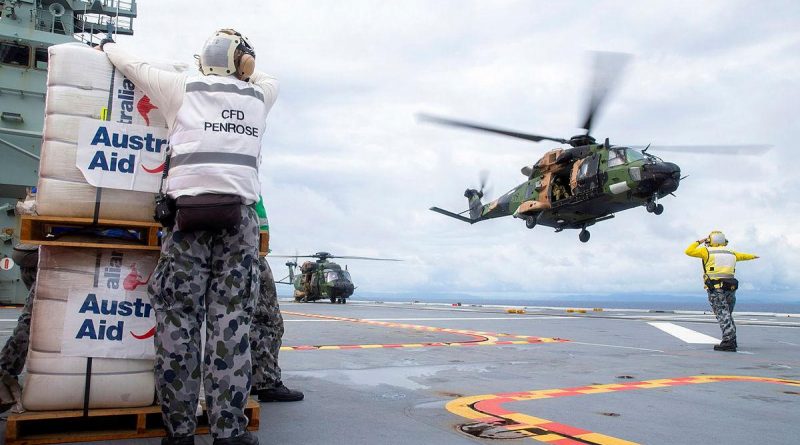 A four-person ADF contingent worked alongside the Republic of Fiji Military Forces (RFMF) in November, providing specialist support in planning and preparation for the high-risk weather season in Fiji.

CAPTION: A MRH-90 Taipan launches from the flight deck of HMAS Adelaide to drop disaster relief supplies to Nabouwalu on the island of Vanua Levu, Fiji, during Operation Fiji Assist. Story by Captain Jessica O’Reilly. Photo by Corporal Dustin Anderson.

This was part of Exercise Longreach, an annual tabletop exercise that focuses on humanitarian and disaster relief responses, and provided an opportunity to reflect on the joint response during Operation Fiji Assist 20-21, in which 600 ADF personnel deployed in HMAS Adelaide.

For the 2021 iteration, ADF and RFMF personnel developed standard operating procedures in readiness for this year’s cyclone season, as well as other crisis and disaster responses.

Contingent Commander Major Peter Southern said the planning support provided by the ADF was able to fuel the development of the RFMF’s planning.

“Planning and civil military cooperation is at the heart of disaster response,” Major Southern said.

“The detailed mapping and analysis work that we do in the ADF was offered to drill down on how to build awareness, and how to accurately target affected communities and likely problem areas – all aimed at minimising the response time, and prioritising the locations of greatest need.”

“Although in Fiji this type of response is usually handed to the RFMF, there are 22 ministries that also support response and recovery,” Major Southern said.

Representatives from most of those ministries took part in the exercise, which develops preparedness for large-scale relief operations, improves the ability of organisations to work together and develops contingency plans that can be used if disaster strikes.

“Fiji has some of the most resilient and positive people on earth, and we in Australia forget that, as a small island community, how each weather event affects the entire country, which is significantly different to the widely dispersed weather events in Australia,” Major Southern said.

“I was impressed with how well the RFMF operate and learnt a lot about their operations,” Corporal Sierra said.

“The RFMF and the ADF have a long-standing partnership, and continuing to conduct these styles of activities allows a closer working relationship that includes support in crisis flowing both ways,” Major Southern said.

“Military-to-military relationships are also enhanced, where each partner is aware of how each operate.

“Every time we work with our partners, it strengthens that bond and relationship.”

The ADF contingent will be home in time for Christmas. 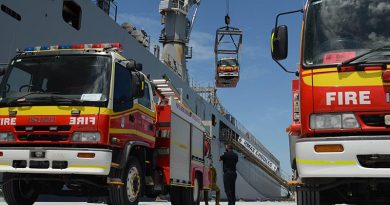