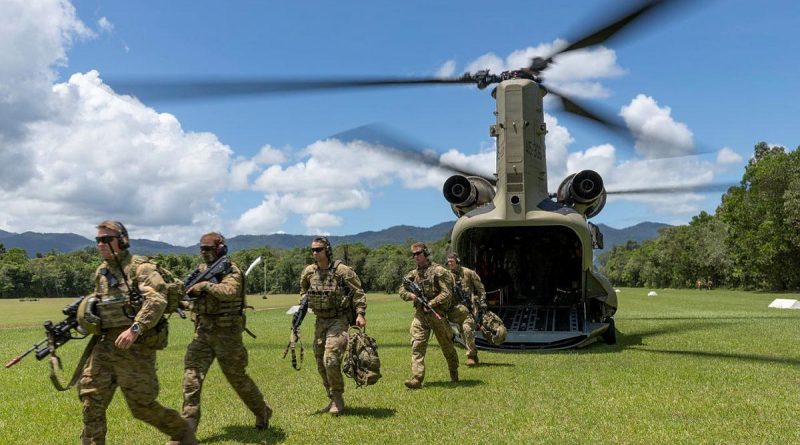 After a surprise early morning recall, soldiers deployed to the Combat Training Centre – Jungle Training Wing in Tully on CH-47 Chinooks from the 5th Aviation Regiment, and had their infantry skills put to the test in a non-combatant evacuation operation.

B Coy Section Commander Corporal Tiernan Zanoni-Jones said he embraced the opportunity to lead his section and test their skills in a uniquely challenging environment.

“The training conducted was relatable to an activity we would have conducted as the Ready Combat Team in a real situation,” Corporal Zanoni-Jones said.

“Being supported by the 5th Aviation Regiment gave our newer guys exposure to working with outside assets. The activity itself was quite rewarding as it was not something they would get to do in everyday training.”

As a foundation-level activity, Exercise Ready Fist assessed B Coy’s readiness and preparedness to complete mission-specific tasks, as well as their ability to operate effectively as a combined-arms team.

“The platoon achieved all learning outcomes and demonstrated a good ability to act independently when communications were limited,” Lieutenant Taylor said.

“The most valuable aspect of the activity was the inter-organisational integration. Being able to work with the 5th Aviation Regiment, 3rd Combat Signal Regiment and members of the 4th Regiment, Royal Australian Artillery, demonstrated our ability to operate in a joint environment and the challenges that come with it.”

Corporal Zanoni-Jones said his soldiers relished the chance to get out in the field and display their warfighting capability after a period of restricted training because of COVID-19.

“The highlight for me was seeing my section doing what they have been taught and applying that in real time; being able to remain flexible and conducting different jobs at short notice and still being just as effective,” he said.

“It shows that the work my peers and myself conduct achieves the goal of keeping our soldiers at their A game.” 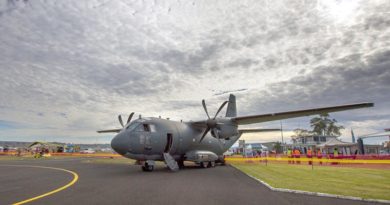 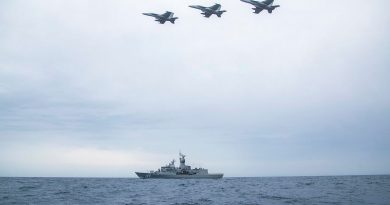