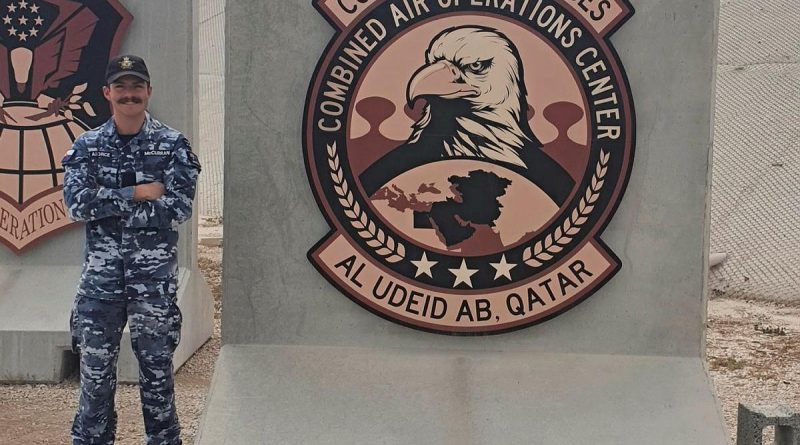 Leading Aircraftman Lawson McCurran has gone from slicing and packing meat at an abattoir to maintaining high-tech network communications that support ADF and coalition operations in the Middle East.

The former Harristown State High School student from Drayton near Toowoomba in Queensland admitted his current role as a network technician was far removed from his former job.

But the change in career opened up plenty of opportunities, including his current deployment to Qatar on Operation Accordion, which is part of the ADF’s broader regional commitment in the Middle East.

“I maintain an information and communications systems network – everything from the satellite dish through to the computers,” Leading Aircraftman Lawson said.

“That was a humanitarian assistance mission,” he said.

“It was very short notice. We left within four days of finding out about it.”

However, Leading Aircraftman Lawson’s current role has similarities with his deployment to Indonesia, in that his work ensures personnel can access critical information and have the ability to send that information in support of the mission.

He joined Air Force in 2017 at the suggestion of his father.

He said the best part of his job was that it never failed to present new ways of doing things, constantly feeding his appetite for technical knowledge.

“I love learning how things work,” he said.

“The ADF’s communications systems are very complex and there is always more to learn about how they operate.”

“I’ve set myself a few goals and I’m currently completing a Diploma of IT and Networking,” he said.

He said he often thought of home and was looking forward to returning to his family after his deployment.

“Having a round of golf with Dad is going to be great, even more so because I’ll have the chance to be out on some green grass as there is not much here,” he said.

“I also can’t wait to head to the beach with my partner, Megan, and soak up some Australian sun – oddly enough, not to jump in the ocean, but lay in the sand.

“There might be a lot of sand here, but it’s not the sand of an Australian beach – you just can’t beat that.” 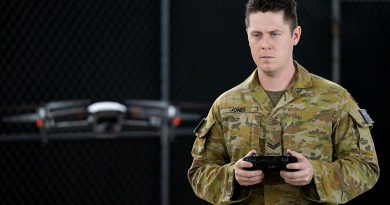 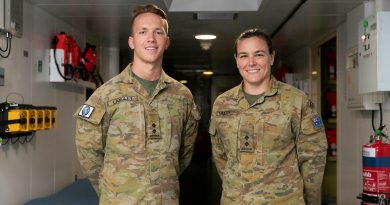 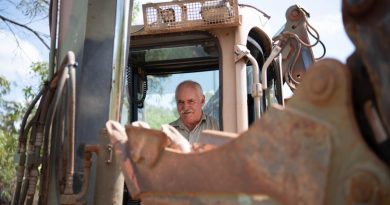