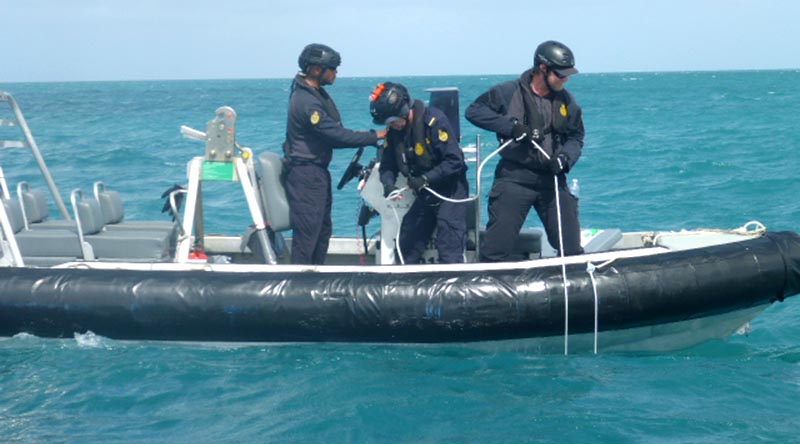 New underwater technology has been successfully deployed across the Torres Strait to combat illegal activity in the region, particularly illegal foreign fishing.

The technology was deployed by Maritime Border Command (MBC), a multiagency body within the Australian Border Force (ABF), in partnership with the Commonwealth Scientific and Industrial Research Organisations (CSIRO) which developed it.

A total of five hydrophones were dropped to the ocean floor by the ABF Storm Bay in strategic locations across the region.

In simple terms, a hydrophone is an underwater microphone that can be used in real time to listen to vessel traffic and behaviour to assist in detecting activity such as illegal fishing and the movements of vessels involved in other illicit activities.

About 15cm long, the hydrophone is attached to a larger mooring device and submerged underwater so it remains completely covert.

Commander MBC Lee Goddard said the pivotal new technology would be vital in assisting MBC in its mission to protect Australia’s maritime domain, particularly in regards to illegal foreign fishing.

“With illegal foreign fishing posing threats to sustainable fisheries management around the world, we are determined to do even more to protect Australia from this type of criminal activity.

“The deployment of hydrophones in the Torres Strait will bolster and complement our strong presence in the region, and allow us to deploy resources quickly and exactly where they are needed.”

AFMA’s General Manager of Operations Peter Venslovas said fisheries surveillance in the Torres Strait undertaken by MBC and the Australian Fisheries Management Authority (AFMA) was an effective and well-developed partnership.

“The addition of innovative, new tools and technology will be vital to enhancing our presence and assist in the detection of illegal fishing activities,” Mr Venslovas said. 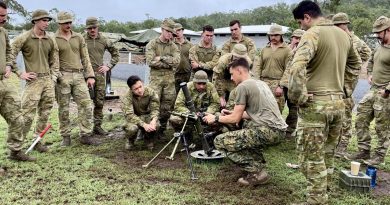