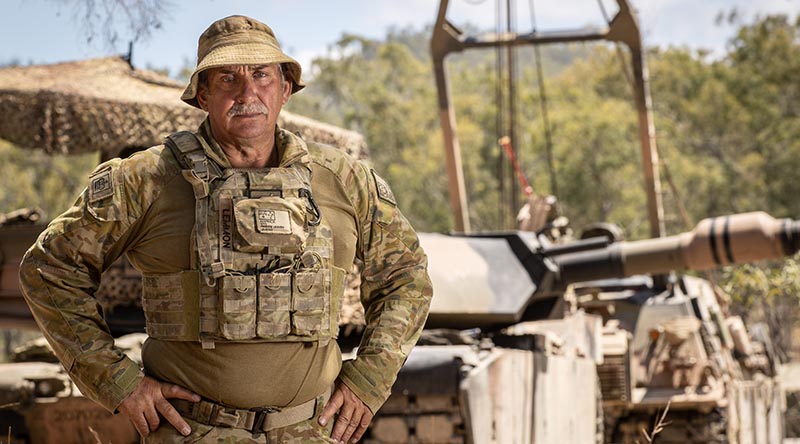 Time is catching up with Warrant Officer Class Two Terry Lemmon for the second time – now extending his Australian Army career through a special scheme after being discharged from the British Army on a time rule 15 years ago.

CAPTION: WO2 Terry Lemmon, 2/14LHR (QMI), at Shoalwater Bay Training Area – having served his maximum allowed time in the British Army, came to Australia in his early 40s to continue his military career. Photo by Trooper Jonathan Goedhart. Story by Captain Taylor Lynch.

That service will continue for another two years thanks to the regiment’s Unit Affiliation Program, allowing WO2 Lemmon to continue doing what he loves for a while longer.

“When you’ve been in the service for nearly 40 years, it becomes a way of life, and to have that suddenly stop, which happened when I left the British Army, is horrible,” WO2 Lemmon said.

“I enjoy the Army lifestyle, where you’re respected for your discipline and what you do.

“The Unit Affiliation Program allows me to carry on being reasonably physically fit, and have a purpose in life.

WO2 Lemmon had served the maximum allowed time in the British Army when he came to Australia, aged in his early 40s, to serve in the Australian Army.

“After 22 years, I left the British Army as a squadron ASM, and, not feeling fit for the scrap heap, I decided to come to Australia,” WO2 Lemmon said.

“I started my Australian Army career at the Army Logistic Training Centre as a fully trained mechanic and armoured vehicle specialist.

“I then served in Darwin and Brisbane.”

He served in seven regiments in the British Army and four in the Australian Army, and has been deployed to Northern Ireland, the Falkland Islands, Bosnia, Iraq and Afghanistan.

He said he loved his current job at 2/14LHR, still enjoying the sense of accomplishment he gets from repairing armoured vehicles.

“When the machine stops, it becomes a 70-tonne paperweight,” he said.

“My tradesmen and I turn up, we fix the problem, and, sometimes within a couple of hours, the vehicle is back in the fight.

“You get a big sense of achievement out of that.

“I don’t think I would have been doing the job this long if I didn’t get that sense of achievement.”

If you are a former Royal Australian Armoured Corps soldier and would like to serve on a flexible arrangement, the 2nd/14th Light Horse Regiment would like to hear from you – email Major Paula Vetter – paula.vetter@defence.gov.au 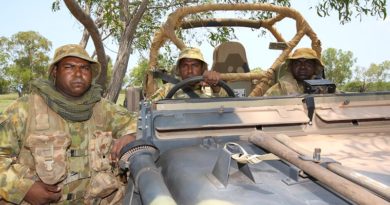